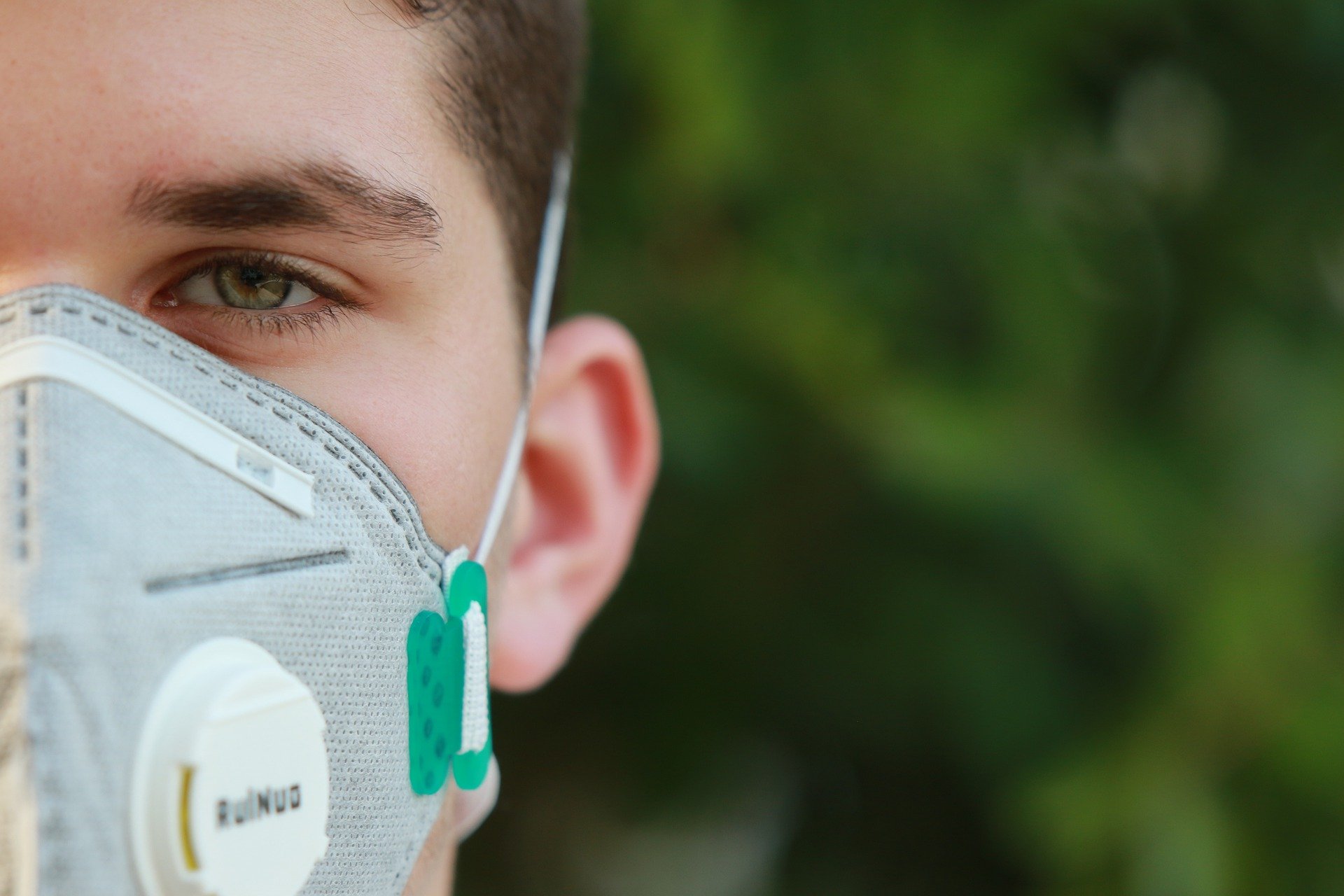 In the summer of 1838, the British inventor Samuel Rowbotham — better known under his pseudonym, “Parallax” — stood in the shallow waters of a canal which cut straight across Cambridgeshire. He watched through his telescope as a small craft adorned with a 40 in high flag pole was pulled along a 6 mile length of the canal. But even 6 miles away, he noted, the craft was entirely within sight of his telescope.

The prevailing scientific consensus at the time concluded that the Earth was a globe with a 25,000 mi circumference. If that were true, Parallax suspected, the curvature of the planet would mean that line of sight would drop by a factor of 8 inches for every mile. Thus, at a distance of 6 miles, the 40 in high flagpole should no longer be visible from its starting point – and yet there it was.

Parallax has just proven that the Earth was indeed flat.

Armed with a simple telescope, measuring tape and a flag pole, Parallax successfully presented simple tangible evidence that the Earth was not round. He would later repeat the experiment with the same results which he would eventually publish in his book Zetetic Astronomy: Earth Not a Globe. Despite their best efforts, the scientific elite of the time could find no fault in his calculations or the application of his methods.

Except, of course we know today that he’s wrong – the earth is obviously round (Right?). Parallax’s experiment did not account for a whole series of variables, such as light reflection or air density which would have been well known to trained professional scientists.

But maybe that’s the point…

Parallax was part of a counter-culture of backyard inventors and self-trained scientists concerned that scientific discoveries of the Victorian Age having become so esoteric and theoretical that they could no longer be easily tested or replicated, as they once were, by dropping apples or tying keys to kites. Science was now the exclusive realm of professional academics, backed by large bursaries, reputable universities and complicated instruments.

So why am I discussing Flat Earth Theory here? Well the reason that I, and it seems, so many others, find modern Flat Earthers so interestingly distinct from other conspiracy theorists is their commitment to the scientific method. The internet is full of accounts of people going to great lengths to replicate experiments and collect data to corroborate their hypothesis: that Earth is flat.

Again, it isn’t, but I’m getting there…

The idea of maintaining a healthy dose of skepticism, testing assumptions for ones’ self and reaching conclusions rather than accepting the opinions of experts like the gospel has a certain democratic quality to it. Experts seem to get it wrong most of the time anyway.

Oddly enough, rational skepticism – or at least the claim of it –  is a value which Flat Earthers share with another group: Us libertarians. “Sapere aude!” as Immanuel Kant once declared  the motto of enlightenment, “Have courage to use your own reason!” The adoption of reason is what freed humanity from the clutches of religious superstition and uprooted the Church’s monopoly on scientific curiosity. Indeed, reason is the foundation upon which free societies are built: the belief that rational adult citizens are capable of weighing options and making choices for themselves without the helping hand of Government.

But despite appearances, it is specifically the fact that Flat Earthers don’t actually adhere to the principles of rational skepticism that renders them conspiracy theorists. While all the experiments and rationalisations and explanations only seem plausible within their premise- the premise itself is the result of flawed science, cherry-picked evidence and a fanatical refusal to acknowledge scrutiny from peers. Once you’re woke, everyone else is part of the conspiracy.

Similarly, the enlightenment philosophies of reason, materialism, individual liberty and free markets which libertarian tradition pools from have not been discredited by the ongoing global COVID-19 pandemic. On the contrary, free enterprise, privately-funded innovation, and global trade are succeeding where every level of world governments have failed in tackling the worst contagion in recent memory to spread from a communist dictatorship.

However, in a world where the momentum of scientific discovery and complexity of hierarchical organization outpaces, once again, the ability of common man to fully comprehend them, a new army of armchair statisticians, policy analysts, economists and epidemiologists risk doing to libertarianism what Flat Earth Theory is to mainstream science.

This isn’t to diminish the very real threats facing our constitutional rights to private property, freedom of movement, civil liberties and online privacy as governments turn to increasingly draconian measures to tackle the pandemic – and in turn the looming economic disaster left in its wake. But it’s almost tragically ironic to witness self-described rational skeptics pat themselves on the back for not falling for the lies of the lame-stream media like the rest of us normie sheeple only to turn around and pin the medal of credibility to any source that comes through their twitter feed. That’s not being open-minded, that’s the Dunning–Kruger effect at its worst.

Proponents of the nightwatchman state model of government have long tolerated one role which governments in a free society could handle more effectively than markets: defense. Protecting citizens from aggression includes both foreign armies AND pandemics such as this one. And yet somehow, somany libertarians have formed an alliance of convenience with socialists of all in zealously demonising the concept of “governance only for emergency situations” – for opposing reasons.

So far, government actions have been hesitant, slow, blunt, painful, but also successful. Those governments which coordinated efforts with the private sector have been even more successful.

One day, this pandemic will be vanquished, and many on all ends of the spectrum will jump at the chance to extend the power of Government in order to remake the world in their view. But others will emerge from this long period of washing their hands for 20 seconds, sharing cooking videos, and maintaining strict social distancing guidelines to ensure that their constitutional rights are restored and that governments relinquish those powers which they so relish. Their efforts should not be tarnished by association with those who had spent those same moments flaunting lock downs, and calling on people to endanger themselves and others by sharing debunked conspiracy theories. 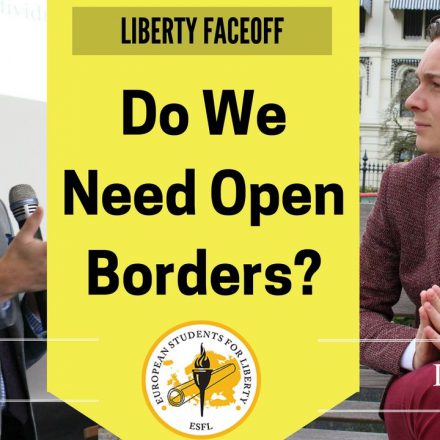 28.4.2017 Bill Wirtz
In this Liberty Face Off, Yaël Ossowski and Lars Benthin discuss open borders: Do we need open borders? And do open borders enhance our... 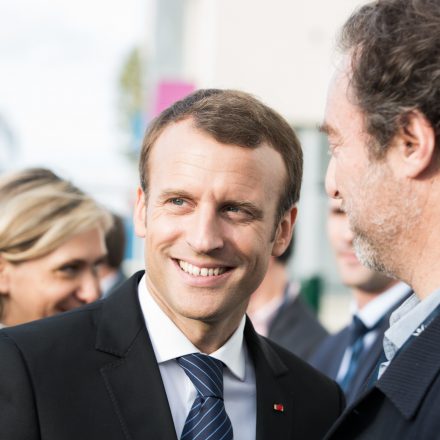 22.1.2018 Bill Wirtz
In press statements for the beginning of this year, French president Emmanuel Macron announced his plans for cracking down on fake news. Haunted...