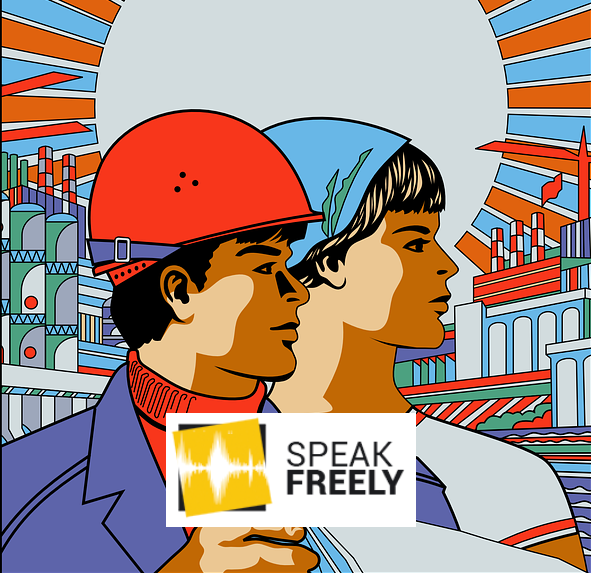 Your teachers gave you the boring dates and names of long-dead politicians, and all you know about communism is that your conservative uncle uses it to describe every policy he doesn’t like. However, there is an English YouTuber who will open your eyes to the reality of the impact the Soviet Union had on many places in Europe.

As YouTube gradually replaced television, its original appeal was in how amateurish it felt and looked. People who barely knew how to hold a camera were uploading footage that seemed as though it had been recorded with a potato. Following the popularity of Casey Neistat, vlogs have been professionalized to include wide-angle shots, multiple cameras, drone footage, and staged scenes such as walking toward the camera. This is not me going after these new vloggers, particularly as Neistat’s knowledge of videography is part of the reason he attracts a certain audience.

Bald and Bankrupt hasn’t adopted this method. The English YouTuber works with a small GoPro on a handle or uses his smartphone to film his adventures. Most of his content is filmed in Eastern Europe, particularly in the former Soviet republic or countries occupied by the Soviet Union. His aim is to show the lives of real locals, away from the tourist spots and Starbucks coffee. His exploits in the middle of nowhere are peculiar yet captivating. With as little as a bottle of vodka and the spontaneity of talking to villagers, Ben (known as Bald) meets very eccentric characters and makes an abandoned village seem more interesting than the downtown areas of large metropolitan cities.

Ben, who has never revealed his real name, first started vlogging from India. According to a website created by fans, the vlogger filed for bankruptcy in the UK due to a failed business venture, giving the name to his channel. Ever since he ventured into Eastern Europe, the attention to his videos has seen an upward drift, and he’s now closing in on one million subscribers, totaling almost 95 million total views.

Ben’s vlogs reveal more than just adventurous trips to poor countries; his videos speak for themselves rather than narrate history. He allows the locals to tell their stories—even if it surfaces after a bottle of vodka—and abandoned buildings and secret military facilities compel viewers to connect the dots.

What was the Soviet Union, and how is it possible that decades after its fall, the countries affected by its terror are still in such bad shape?

The Crimes of the Soviet Union

Your modern-day Stalinist college friend is likely to tell you that if it hadn’t been for Soviet Russia, Nazi Germany may very well have won the war and subjected all of Europe to the rule of its brutal regime. This is arguably correct and the reason why, even at Western European universities (the Free University of Brussels, for instance), the brutal tyrant and leader of the Soviet forces is given an honorary title. Just as other historical figures need asterisks next to their names, Stalin requires a very large one.

Hitler and Stalin signed the Molotov–Ribbentrop Pact, or the Treaty of Non-aggression, in August of 1939. The two powers divided up the countries between the Third Reich and the Soviet Union, most importantly Poland. The latter was invaded by both the Wehrmacht and the Red Army, which celebrated their respective victories with a jointly held parade in September of 1939, known as the German–Soviet military parade in Brest-Litovsk.

What followed wasn’t a cooperative act of terror. While Nazi Germany plundered and terrorized the people of Czechoslovakia, Poland, and Hungary, the Soviets spread their inhumane reign over countries such as Finland, Belarus, Ukraine, and the Baltic states.

Estonia lost a fifth of its population to the horror of Soviet annexation, followed by mass deportations (including those of Jews) and executions, resulting in five times the number of deaths as under the later Nazi rule. The war crimes of the Soviets involved targeting unarmed civilians, bayoneting children, and burning people alive, as described in the book War in the Woods by former Estonian Prime Minister Mart Laar.

The atrocities in Estonia could not rival the mass executions without trial within Soviet Russia, the pogroms aimed at Jews, the shooting of refugees trying to escape East Germany, or, most harrowing of all, the Holdomor in Ukraine. The term “Holdomor” describes the mass starvation of more than five million Ukrainians through an artificially created famine ordered by Stalin. Today, should you take a long train ride in Ukraine and wonder why so much of the land is uninhabited, know that it’s because consecutive communist and Nazi occupation killed an unimaginable number of people.

What Am I Looking At?

Bald and Bankrupt is not a political channel. The YouTuber has found an ingenious way of making uneventful places look exciting. He provides millions of viewers with an in-depth look at Eastern Europe and dispels the myth that they are cold-hearted people. His videos include trips to Moldova, Georgia, Russia, Belarus, and Ukraine.

Inadvertently, however, he has also shown us that the people in these countries aren’t only hospitable but also that they were and are victims. Complete economic and social control, mass deportations, and mass surveillance damaged the social fabric significantly. The Soviet Union broke the entrepreneurial spirit, and the last young people who haven’t learned English and departed for the West are left with corrupt politicians seeking to withdraw the last cents that are left.

We also know that some countries have not tried to improve in any significant way since the end of communism and have instead fallen victim to systemic and epidemic corruption. As some wealthy individuals, often politicians, benefited from the privatizations of the 1990s, the system has become more than just crony: it’s downright oligarchical in places such as Moldova.

During one video entitled “Nobody Visits This Country…Find Out Why,” filmed in Chișinău, the capital of Moldova, Ben explains some of his perspective:

”When you visit things like this [points at an abandoned observatory], you can understand why the old people that I meet here, who remember the time under Soviet Union… that those people say it was better then. That they’d like to return to the Soviet Union. Despite the crimes of Stalin and Lenin and… all the terrible things that were done to the people under the Soviet system.”

When watching Ben’s videos, as light-spirited as they are, we need to understand what we’re looking at. Destroyed and empty sanatoriums, dancing halls, hotels, roads, and factories bear witness to an economic system that was never going to work, and its perpetual defenders need to realize that it destroys not only the pretended bourgeoisie but all people alike.

It is, in essence, like the Berlin Wall. Today you can (and should) lean against it, take pictures in front of it, and spray your most creative graffiti on it, not least because that is what people did in West Germany prior to the fall of the Wall. As we enjoy laughter and friendship with people whose countries were affected by the communist terror, we also mustn’t forget their hardship. 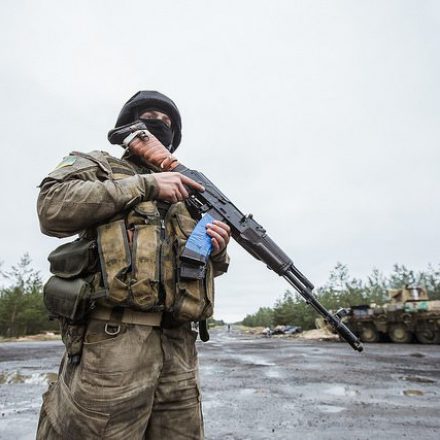 8.3.2017 Maria Chaplia
For almost three years now, Ukraine has been at war with the Russian Federation. After the successful annexation of Crimea, Russia has also... 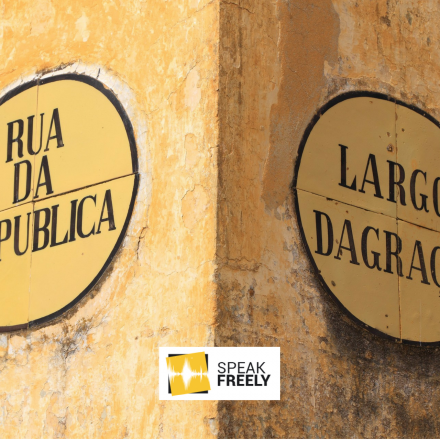 19.6.2018 Luka Nikolic
Liberty and individualism are essential to the progress of humankind. However, the liberty that permits this progress is frequently reduced,...