Two weeks ago, Facebook caused both outcry as well as jubilation, when it deleted several conservative and conspiracy theorist pages, including Alex Jones and Milo Yiannopoulos. This latest spree of bans is a problem for two reasons: for one, it constrains free speech as a whole, but two, it is also pushed by one side of the political spectrum. In the end, this affects all of us, no matter which opinion we share.

At LibertyCon, Yaron Brook said in his keynote lecture that the war on free speech was thekey problem of our time. In addition, he mentioned that we should not complain about bans on social media. These platforms are privately run; thus, the providers should decide themselves who to ban

With the ascendancy of social media,one thing already became clear after a short time: in this competition, the winner would take all, regardless of whether it’s YouTube for videos, Google for searches, Twitter for shorter posts, Instagram for pictures, or Facebook as the biggest social network. This is natural, as entry barriers are high: as people spend ever more time on these platforms, the less likely they will leave their friends lists, video favorites, or followers. With their size growing, these companies’ market power is gaining significantly as well.

And this has a major effect on free speech, democratic debates, and the development of ideas as a whole. According to a  PEW surveyin 2017, more than two-thirds of Americans inform themselves about politics and news on social media. And they do not just inform themselves there. While in the past the debate was carried out by newspapers, everyone can be a producer of political content now. Movements can be created without the use of bigger groupings like political parties, unions or religious groups. This changes how we inform ourselves, how we act politically, and how we interact with one another.

To protect the traditional debate culture, some have demanded anti-trust measures break those platforms up. Instead, to do justice to civilized discussions between different perspectives, these platforms need to safeguard free speech and enable free and open debates, regardless of which opinions are stated.

And yet, the actions of Facebook, Twitter, and Co. speak a different language.They do not only ban pages and posts they do not like – which would be an insufficient justification anyway – but they do it in a mostly one-sided way. This method adds a special kind of threat to those actions.

Behind all of this is a strategy that developed decades ago. Starting in the 1960es, a new left emerged. The old left thought that private property over the means of production produces an unequal distribution of power in society. By destroying the right of property, with promises to the poor to subsequently redistribute the wealth in the society, they wanted to gain control over the economy and society.

The new left has a non-materialist approach. Deconstructivist thinkers like Derrida and Foucault argued that the way the discourse was set up forms the outcome of the discourse. Their students derived from this the lesson “that who controls the discourse controls the society.” They may not be overly interested anymore in the support of  the poor, at least in the classical, economic sense. The only thing that is now interesting to them is to frame as many people as victims of oppression – their new “poor” – to win their support.

Platforms on which everyone can exchange themselves freely is the biggest enemy of such a mindset. While their thoughts have successfully gained power in the media and in the political arena, control over this open exchange taking place on the internet is much more difficult. That is why so much effort is expended to ban anything they don’t approve of. It is, after all, not needed to convince people if you can simply silence any naysayers.

Freedom of Speech Is Not an Exclusive Right

We could now say that no one who participates in the normal political discourse is as crazy as Alex Jones or that the things Milo Yiannopoulos says go too far. But it does not matter whether we like them or not. If a right-wing hegemony would silence Bernie Sanders or Rutger Bregman it would be an equally large threat to liberty.

A polarized debate with people not liking each other is far better than the hegemony of one by silencing others. The hegemon will – and this is most often the case in these scenarios, not be a benevolent force. If we move away from the principle of freedom of speech, we could be on a dark path, especially whenever someone has power over the discourse who is less understanding.

At the moment, mostly people from the right are affected by this clampdown. But it is starting to affect regular and moderate conservatives, too. Since this attack on free speech is mostly driven by the left, we as economic liberals and defenders of civil and political freedoms are not the third, or the fourth that will be put to silence – we would be next.

Robert is a Master's student in Philosophy, Politics, and Economics (PPE) at the CEVRO Institute in Prague, Czech Republic. 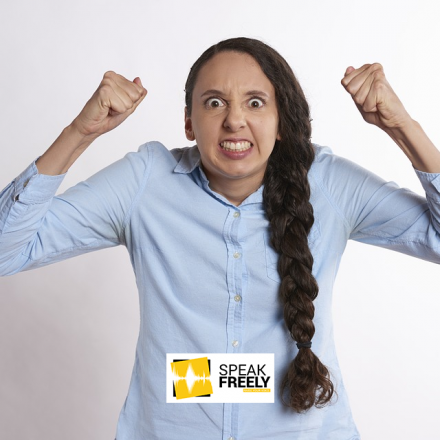 14.1.2019 Tom Colsy
Screaming. Hyperventilating. Crying. Words and actions dictated by emotion in the face of disagreement. When faced with such a reaction any... 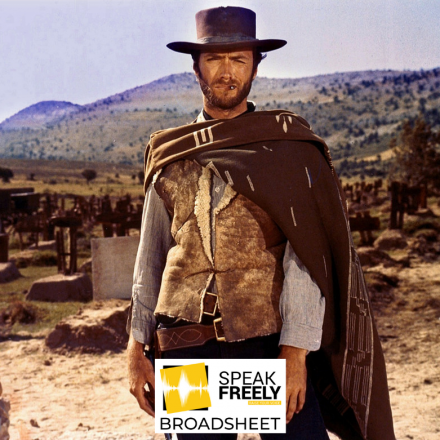 31.3.2019 Tom Colsy
When you think of Hollywood star Clint Eastwood, important political commentator might not be the first thing that springs to mind. Where most...