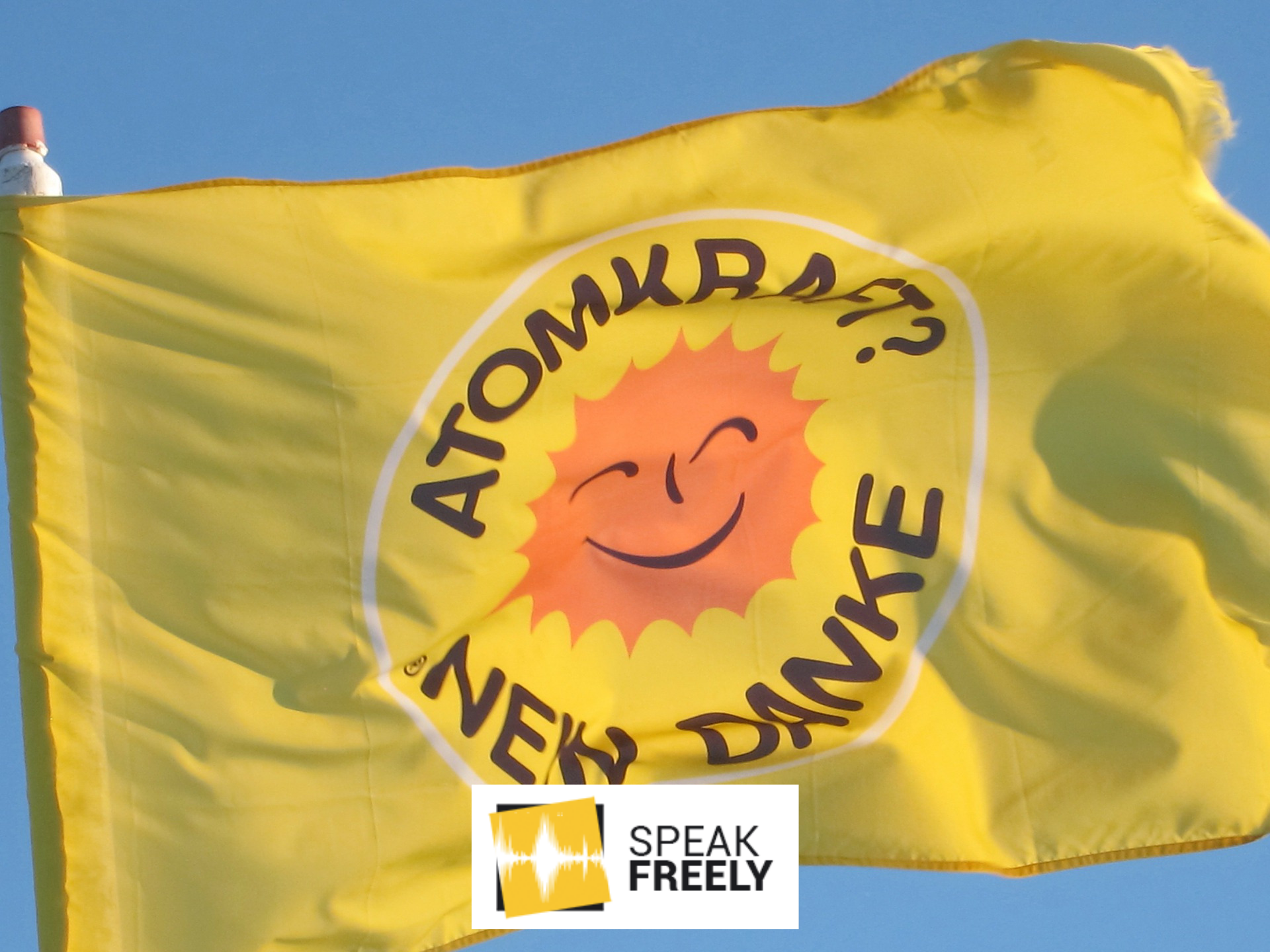 There is a deafening silence surrounding nuclear energy. Yet, if you are to believe the current climate alarmism on display, the world’s future is hanging by a thread. Indeed, the forceful climate marches in London last week, the Greta Thunberg-ization of the world’s youth, and David Attenborough’s new Netflix documentary are all symptoms of a growing call to arms. According to them, climate change is real and impending, and, in young Greta’s words, they “want you to panic.”

The situation appears dire. Yet, assuming it is, there seems to be a gap in reasoning. Politicians like Alexandria Ocasio-Cortez are calling for a “Green New Deal,” which would seek to remove America’s carbon footprint by 2030 by “upgrading” every single one of the 136 million houses in America, completely overhauling the nation’s transport infrastructure (both public and private), and somehow simultaneously guaranteeing universal health care, access to healthy food, and economic security—without any consideration of cost. In other words, a complete pie-in-the-sky scheme that is more concerned with virtue-signaling than with pragmatic reality.

But if these people truly care about the environment and the damage being caused by climate change, why is no one talking about nuclear?

Nuclear is fully carbon-free and therefore a “clean” energy source in carbon terms. This is crucial considering the primary villain of climate change is CO2; switching to nuclear would directly cut out carbon emissions and thus represent a significant step forward, except for the construction phase (which would create a one-off nominal carbon debt about equal to that of solar farms). It has successfully contributed to decarbonizing public transport in countries such as Japan, France, and Sweden.

It is also often overlooked that nuclear is the safest way to generate reliable electricity (and far safer than coal or gas) despite Frankenstein-esque visions of nuclear meltdowns à la Chernobyl, which are ridiculously exaggerated and exceedingly rare.

Nuclear is also incredibly reliable, with an average capacity of 92.3 percent,meaning it is fully operational more than 330 days a year, which is drastically more reliable than both wind and solar—combined.

Finally, whereas a common (legitimate) concern with nuclear is that it creates unhealthy radiation, its usage actually emits less radiation than, for example, the burning of coal. Moreover, the problem posed by waste is more psychological and political nowadays than it is technological. Despite the Simpsons-inspired image of green, murky water, nuclear waste is, in fact, merely a collection of old steel rods; the nuclear waste produced in America over the last 60 years could all fit into a single medium-sized Walmart. Furthermore, it is not only securely stored in concrete-and-steel casks in the middle of deserts, but it also loses radiation over time and can actually be recycled to extend the life of nuclear production by centuries.

There are explicit success stories that attest to the power of nuclear. France and Sweden, which have some of the lowest per capita carbon emissions in the developed world, both rely heavily on nuclear (72 percent and 42 percent, respectively) rather than on wind or solar power. France generated 88 percent of its electricity total from zero-carbon sources, and Sweden got an even more impressive 95 percent. At the same time, these countries have some of the lowest energy prices in Europe, whereas renewable-heavy countries such as Germany and Denmark have the two highest energy prices on the continent—without much carbon reduction to show for it relative to France and Sweden.

So why, if people such as Ms. Ocasio-Cortez care as much about the climate as they claim to, are they seemingly so blindly attracted to over-ambitious, unrealistic proposals? Indeed, a near-utopiazation of renewables fails to take into account many of the issues associated with these while neglecting the advantages of nuclear.

Renewable energy isn’t always reliable, as mentioned (which makes sense when you consider the fact that the sun doesn’t always shine, and the wind doesn’t always blow). When the reliability of these renewables falters (wind turbines only provide energy 34.5 percent of the time, and solar panels an even lower 25.1 percent), expensive and carbon-heavy stop-gap measures act as backup.

There are also ecological problems. Wind and solar farms require tremendous amounts of wildlife-cleared land and are often protested by local conservationists. Electricity from solar panels on individual homes, on the other hand, a plan AOC apparently endorses, is twice as expensive, thus making it unaffordable for many American households. Though the debate rages, there is also a case to be made for the fact that wind turbines represent serious hazards to rare and threatened birds such as eagles and other birds of prey. They also threaten marine wildlife such as porpoises and coral reefs.

Yet the issues aren’t merely technological and ecological. Indeed, there is an argument that renewables such as solar and wind will become more and more efficient and cheaper over time, which is certainly true (though some experts dispute the net validity of this claim). A different problem, however, is that the context within which they are promoted, such as the “Green New Deal,” often translates into economic madness (the GND would cost up to $90 trillion according to some). It is striking how the Green New Deal encapsulates not only climate change but also health care, jobs, and housing.

Indeed, it goes much further than simply combating the issues facing our environment, incorporating a much wider agenda of socio-economic transformation. And this is why some, such as Michael Shellenberger(president of Environmental Progress—a pro-nuclear, climate change NGO), argue that left-wing politicians in the mold of Ms. Ocasio-Cortez idealize renewables: they provide an environmentalist façade for increased government intervention in areas far beyond the climate.

Expensive and Risky, but Worthwhile

Of course, nuclear isn’t perfect; it is still very expensive (though this is increasingly solvable through more standardization and long-termism), the risk of Fukushima-like disasters will probably always exist, and the localized environmental impacts are concerns to be addressed. Most importantly, the political will is still lacking.

Despite the fact that the public and private sectors spent a combined $2 trillion between 2007 and 2016 on solar and wind power, solar energy still only accounted for 1.3 percent, and wind power 3.9 percent, of the world’s electricity generation in 2016. Operating at a scale of 94 times more in federal subsidies in America for renewables than for nuclear, this looks like an unsustainable trend. Imagine if it had been invested in nuclear instead.

Rather, the Ocasio-Cortezes of the world, who are by far the most vociferous when it comes to climate change, should put money where their mouths are. Though this article is far from exhaustive and was unable to account for all the nuances and intricacies of environmental and energy policy, it seems that, at the very least, nuclear deserves a spot at the table if we are serious about saving our planet.

This piece has been republished from FEE

We Must Eradicate Modern Day Slavery

Chris is SFL's newly-promoted Head of Events and Campaigning for the UK. He is both American and Belgian, and speaks fluently in English, French, and Dutch. 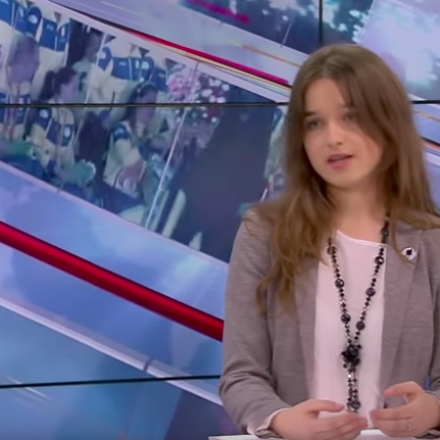