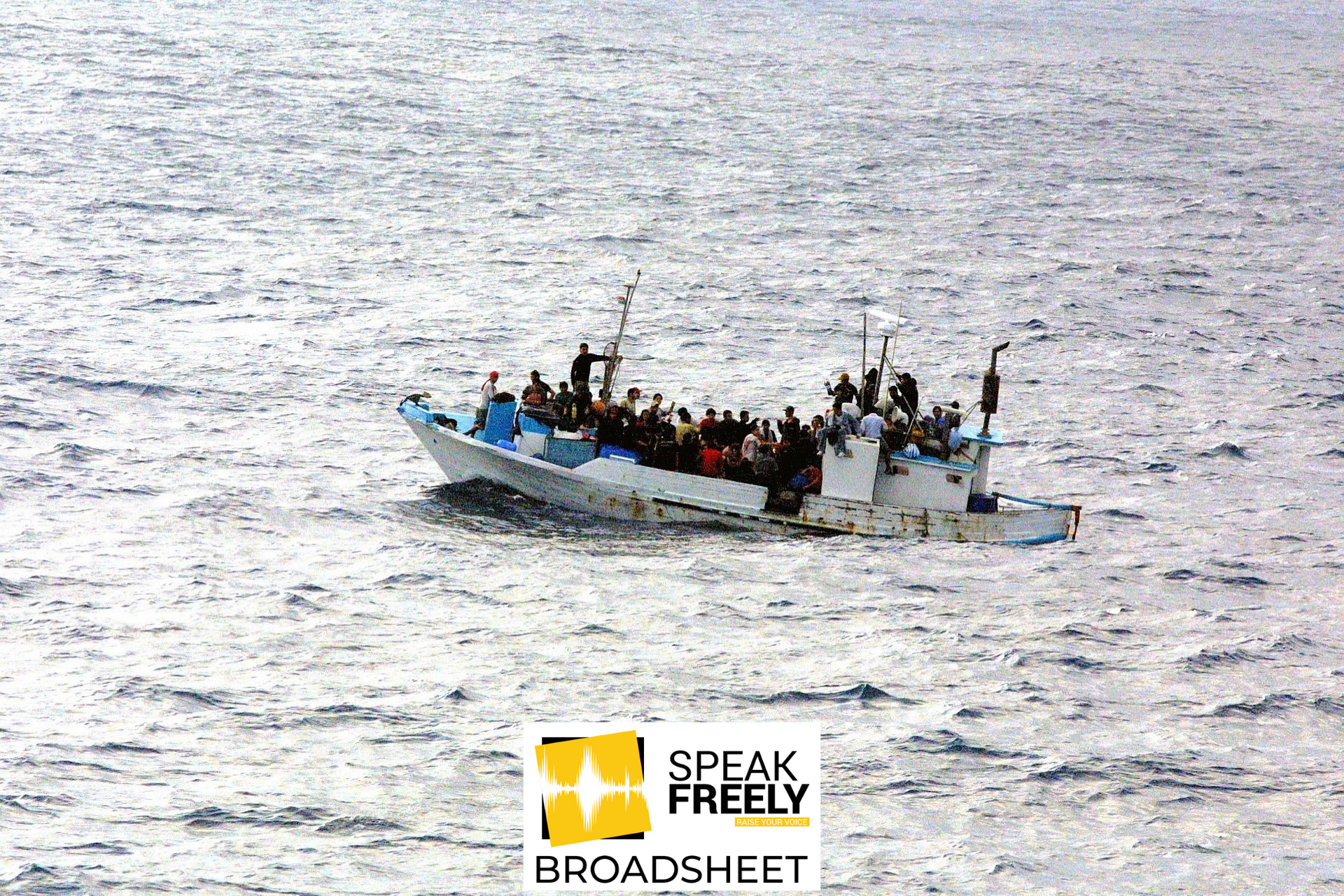 People seek asylum in Europe. This is a right granted in the EU treaties and also in each EU member’s constitution. It seems to be an easy and clear topic, but the deeper you look, the more complex it actually is.

What are asylum seekers exactly and why are so many people dying in the Mediterranean Sea, especially compared to Australia, which first had to deal with lots of boats of people in the first years of this millennium? The economic term of open access problems gives better answers.

In his paper Evolution and Chaos in Property Rights Systems,Daniel Fitzgerald mentions some of the key criteria: “Conventional property rights theory defines open access as a situation in which multiple privileges of use exist in relation to a resource, but in which no one person or group has a right to exclude others or make authoritative decisions concerning resource use.” These resources are also connected to a value. The lack of a clear order of distribution is connected with problems in the social order and inefficient uses of resources. He writes about property rights but the topic of irregular asylum-migration has in it each of these criteria.

The “resources” are in this regard the social welfare provided, standard of living and job opportunities in Western industrial countries – to be exact, for Europe in the Northern states, because the most Mediterranean states provide few or nothing of this. The gross national income per capita (or “average income”) of some important countries from which people flee from, like Afghanistan ($1,850, 2017), Syria ($5,752, before the civil war), Eritrea ($1,750, 2017) or Nigera ($4,000, 2017) is not really high.

With this money it is difficult to live, especially if health care, family and housing have to paid with, too. For a successful asylum seeker, in comparison, the net income provided by the state in Germany after one year is $5,686.56, plus, in addition, full payment of housing, energy and health care (which easily doubles this amount if also counted as income). Children get extra money and school is also completely paid by the government.

We see that there is a big difference in income even if we assume a life on social welfare. A job could increase the income in some cases even more. Of course, many asylum seekers really come from a war zone or had been persecuted. But what is also true is that no matter whether one seeks asylum for actual crisis or just economic reasons (we should not forget that you can also seek asylum with a chance for success to stay if you have never lived in a conflict region), one is be dramatically better off  in the receiving country. This difference in income is a key pull factor for asylum migration to Europe.

Reasons to Exclude from Irregular Migration

Asylum migration, if it is not through resettlement programs, is in most cases an irregular one. Irregular immigration creates in most cases problems for the affected country or region. Asylum migration to industrial countries is on average connected to high costs, the incoming refugees are on highly overrepresented in some categories of violence, they are often difficult to even be identified, and often not well qualified. All the while, the resource of social welfare and opportunities gained from asylum migration has actual economic limits.  Returning to the study mentioned above, open access situations are defined, when no party can exclude others from using the source, which leads to overuse and inefficiency of use. We have such a situation in our case: Europe cannot exclude any more. While the EU is picky and attentively in handing out visas, the way to Europe is legally open through asylum seeking.

But why do we have this status quo? The number of irregular border crossings was small in the first years of the millennium. There are many reasons for this, changes in geopolitics is one (for instance, Turkey opening the border). The most important factor, however, is legislation. When the members of the Schengen Area members found their agreement, it also included a commitment on the EU Convention on Human rights, later also the Charter of the EU in the LisbonTreaty. These treaties include Articles to human rights and commit to follow the rules of the Geneva Convention Relating to the Status of Refugees. Especially interesting here is Article 33 with the principle of non-refoulment, which forbids to directly return irregular migrants to their origin country, or to send them to places where there is “a well-founded fear ” for their life or liberty. This commitment also forbids persecution for irregular border crossing.

Put differently, in theory, the way is open for everyone who has some claim to be a refugee (and also if not, because it is very difficult for European states to return them). The Schengen states tried to ignore this commitment for long, which is not overly noteworthy: lofty promises like this are often nicer when they remain nice words rather than impractical practice. Italy returned as many refugees as ever, the EU sent money to countries along the Mediterranean Sea and provided training for keeping migrants from entering. The Dublin Agreement introduced a practice that asylum migrants had to remain in Schengen border countries, which was unattractive for this type of migration because of bad job opportunities and a lack of social welfare. Following the Geneva Convention refugees have to be treated like citizens on social welfare, but if there is nothing like this in countries like Cyprus, Greece or Spain, asylum seekers could be even worse off than in their home country.

This ended 2012 with the decision of the European Court of Human Rights which punished Italy for returning refugees on boats to Libya (following old treaties). From then on, the numbers of sea crossings rose and with it the number of dead. It hit a peak in 2015, when Turkey opened its border and German Chancellor Angela Merkel ignored the Dublin Agreement by granting each Syrian refugee not to be pushed back to the border countries. That opened the way to the North. And it is still open. Countries like Spain, Greece, or Italy have little incentive to stop or register Asylum seekers properly, while German agencies are so occupied with cases to be even able to bring the Dublin Agreement back in practice.

The need to exclude combined with the legal impotence to do so causes schizophrenic situations. The EU members announced to nearly everybody that they are better off when they come, and Merkel proclaimed “Welcome,” all the while European governments nonetheless provide their Mediterranean neighbours what they want, from weapons to an acceptance of violating international law, to prevent them from coming. But the most schizophrenic result is the reduction of rescue missions in the Mediterranean Sea. Europe lets people die because it does not want that people get access to something the EU is offering them. It is like a fairy tale princess that says: “You can marry me, but first get killed by this dragon”.

Milton Friedman explained the key problem centuries ago: “You cannot simultaneously have free immigration and a welfare state.” For one, the people dying trying to reach Europe are dying because our laws grant things for everybody that governments simply can’t provide and Europe does not even want to provide. This is nothing but shameful for Europe.

And second, there is an undeniable need for help for millions of persecuted and fleeing people. that is not solved because billions are invested in the few that actually reach Europe.

Migration expert Sir Paul Collier mentions that Europe spends 135 times more for the asylum seekers inside its borders, then for refugees outside of them. This is a huge misallocation when we keep in mind that the cost to help a refugee outside Europe is on average just one percent of that which is to be invested inside of Europe.

A revision of the treaties and conventions merging into an Australian solution, agreements with sea neighbours to supply asylum seekers there, in combination with an increase of international aid, perhaps based on GDP, seems to be a more humane and effective solution to really help people that have to flee because of war and or persecution.

At the moment Europe remains divided between the ones that want to manage the symptoms of the problem by a quota solution combined with a harmonization of provisions to a level like Germany, and the others which just want to strengthen the exclusion mechanics, like Austria or Italy. The last group is on a good way to establish Australian conditions, i.e. checking and hosting asylum seekers in neighbouring countries of the Mediterranean which had been saved at sea. But as long as the key problem, the treaties and their unworldly contents, stay unchanged, Europe will remain dishonest and dependent on the good will and wishes of its authoritarian neighbours – and people will further suffer and die along the way.

Robert is a Master's student in Philosophy, Politics, and Economics (PPE) at the CEVRO Institute in Prague, Czech Republic. 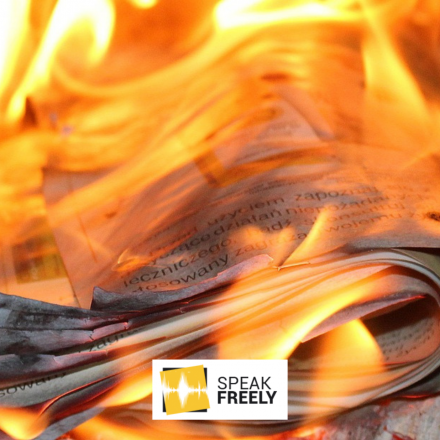 24.10.2018 Viktorya Muradyan
In his last column entitled ”What the Arab world needs most is free expression”, written for the Washington Post before his... 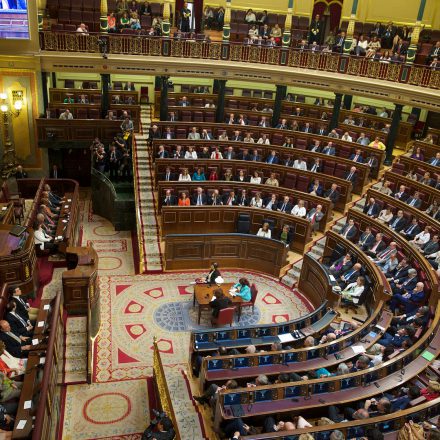 5.7.2016 Luis Pablo de la Horra
The outcome of the new elections in Spain (elections that are the direct consequence of the inability of the four main parties to form a...