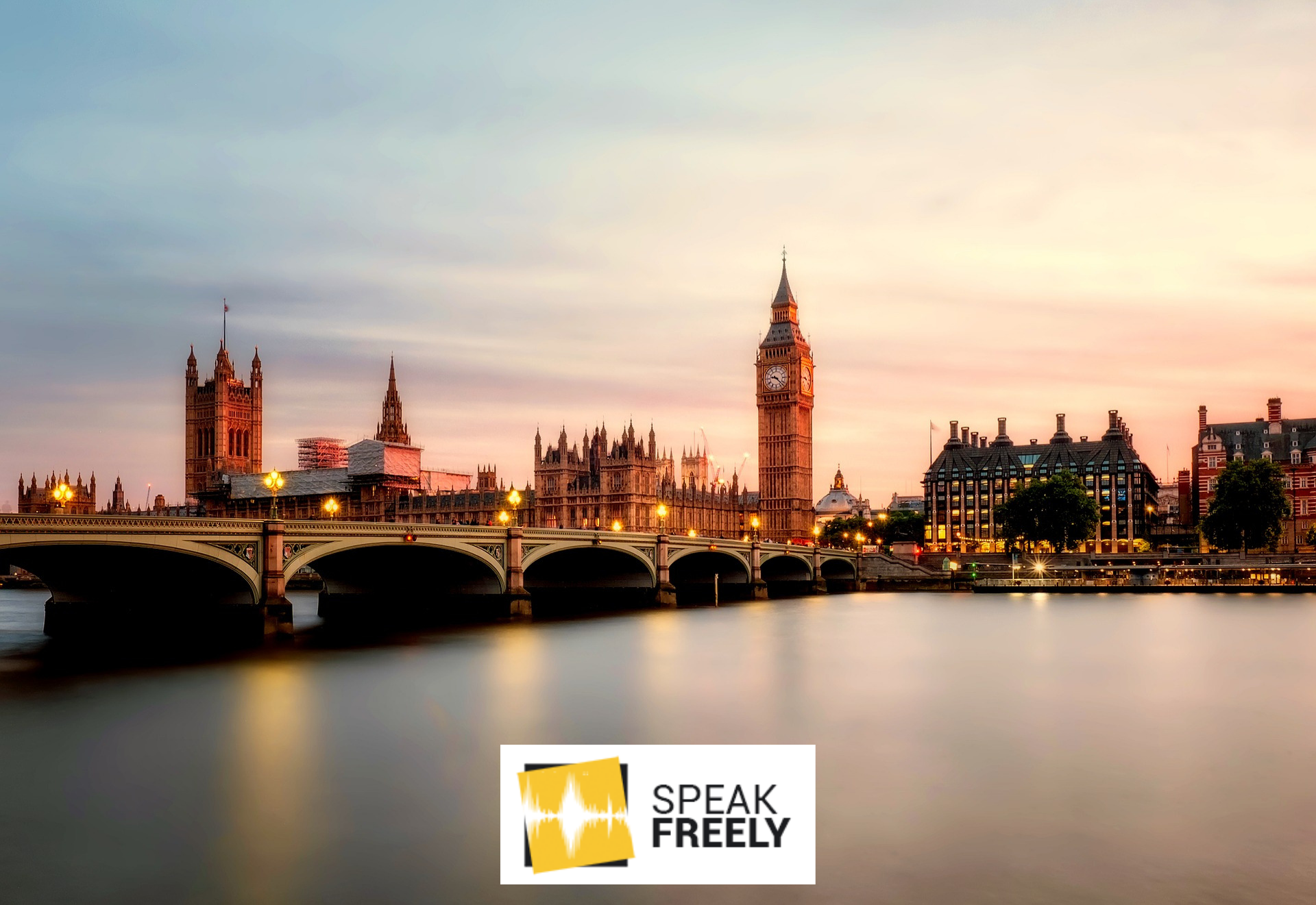 There has been a tonne of talk about the possibility a no-deal Brexit occurring over the last few weeks, after Theresa May’s EU Withdrawal Bill was crushingly defeated in the House of Commons by over 230 votes; the largest government defeat in Parliamentary history. As monotonous as it may sound, May’s deal was never going to satisfy the majority that vote Leave in 2016, nor members of Parliament who are now scrounging collectively to reach an agreement before the ominous March 29 deadline.

To bring everyone back to basics; a scenario like this would see the UK leave immediately with no settlements in place about the future relationship between the two parties. However, the proverbial claim that a no-deal outcome would leave UK and EU in a very bad place espoused by so-called ‘experts’ – on top of the threat of global instability – is categorically wrong in my mind.

A no deal is a liberation, not an inept crisis, and one that saves the UK £39 billion in exit fees. Britain trading under WTO rules unequivocally delivers the Brexit that the majority of people voted in 2016. Not only would the nation be leaving the Customs Union and Single Market, but loved and treasured intuitions, such as the House of Parliament, and national laws that govern citizens’ daily lives would reign supreme over the bureaucratic EU. The new-found freedoms would leave Britain in a sublime position grow economically (not paying £250 million a week for starters).

Why should people be even be terrified of a WTO deal? After all, most of the world trade successfully with the Europe; in some respects, more successfully than we do.

The UK would be in an excellent position to broker a better Free Trade agreement with the EU, envisaged in the Declaration, and should not be scared about talking out this strategy without upsetting the Europhiles in Brussels. The liberty to strike trade deals extends to other partners which were once impossible, such as the United States.

As the fifth largest economy on the planet, Britain is the financial capital of Europe and home to some of the globe’s most successful multinational corporations. The competitive currency of the pound would ensure our exports would continue as normal and import substitution at home would boost growth; just this week, the IMF said that the UK will be the fastest growing European G7 Country after Brexit, and third globally after the US and Canada respectively.

Aside from the technicalities, there are a multitude of possibilities which bring light to the counterfeited hysteria. Tariffs on goods could be cut to benefit consumers, increase GDP and help improve the standards of living of the poorest in society.

Then we come to migration – one of the deciding factors in people’s decision to leave – which can be better controlled. Parties like the Conservatives are able to fulfil their promise of cutting immigration to the tens of thousands, not hundreds of thousands. This does not mean that the intake of foreigners will cease to exist; our policies can be adaptable to the socioeconomic conditions that Britain needs.

To go back to what was mentioned earlier – project fear you could say – the fright about food shortages, lack of medical supplies and queues at the channel ports is nothing more than proven nonsense and it is making us forget the mandate given to us two-and-a-half years ago.

The so-called doomsday plan spurred by members of the media and many of our respected politicians is scaremongering at best. The EU has already made a reciprocal offer to the UK in respect of air traffic rights, as well as the validity of aviation safety certificates. The ‘Calais chaos’ many are predicting needs to be taken in context with respect to French officials, who have said that they would need to stop no more than one in every 100 lorries. And as for customs checks, Britain was recently ranked 5th in the world, so we have the ability to deal with these things.

Let us also clarify something else. An underlying issue people have with no deal is the Irish border, with high-profile figures professing that this will lead to what has been described as a ‘hard border’. In reality, if WTO is our destination, there are clear and obvious solutions. The elimination of tariffs, greater powers to the Northern Ireland Assembly and a collaborative working relationship between the UK and the Republic of Ireland are just some ways that this could go about smoothly, without disrupting the peace process that has been of monumental success over the past two decades. Plus, we must ask ourselves: is the Irish government irrational enough to put a hard border in our place without considering the consequences that may follow?

Elites and remoaners need to remember that the foundations of which Brexit lie rest in the concept of freedom. The vote on June 23, 2016 was the largest democratic exercise that the United Kingdom has ever seen, and those that participated on that historic day were free to make their own choice according to their own desires. Leavers knew what they were voting for, as polls show. They wanted stronger border security, lower immigration and sovereignty returned from the autocratic EU.

Relieving ourselves from the checks of the supranational union, which include any soft-Brexit, will propel us away from the individual agenda of unelected bureaucrats which now has no right to coerce or influence the free choices of the state, and more importantly our citizens.

Yes, Brexit will be economically disruptive, but the UK will survive, and forecasts have proven that a no deal would not crash the economy, with the help of a few governmental reforms. No deal may be imperfect, but it is reasonable, emancipating and respectful of the referendum result, putting power back into the hands of the people.

Bill Bowkett is Newspaper News Editor of InQuire, the University of Kent's student newspaper, and is currently reading a BA in Politics & Liberal Arts. He is the former Editor-in-Chief of NewsKnight and an ex-researcher for the Rt Hon Sir Oliver Heald QC MP. Bill is a member of the University of Kent's Liberty Union and Current Affairs Society (CAS). He is also a freelance assistant at the Daily Mail and The Comet. Bill’s main interests lie in British and American politics, international diplomacy and the media. 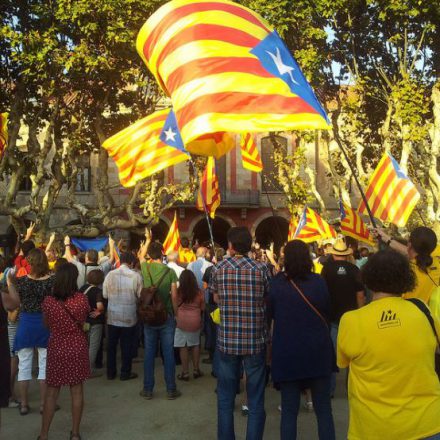 11.2.2018 César Guarde-Paz
As you may have already heard, Catalonia has been struggling against the oppressive Spanish government after an episode of violence where its... 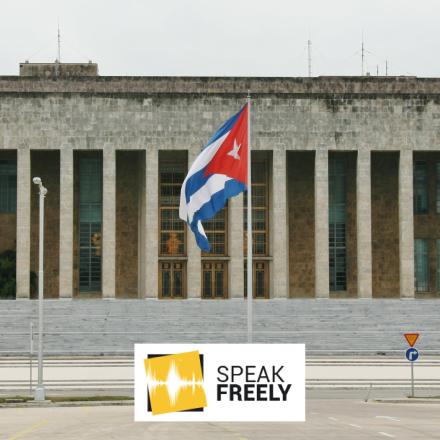 21.7.2018 Jorge Carrasco
Following the announcement of the Cuban regime’s intention to constitutionally formalize the island’s economic and social opening-up,...