The government shutdown has made headlines worldwide, not just in the USA, with many discussing the financial struggles faced by the 800.000 affected federal employees. Especially cities in which a lot of such employees are located were suffering because a huge chunk of the consumption suddenly broke away. While many argue about whether government shutdowns should be an option at all, I think we should rather look deeper into the issue: Do we want the government to be so powerful, to have so many employees that even a partial shutdown hurts the economy in the way it does? With the snap of his or her finger, the US president can disrupt whole cities and communities – even if it is “only” for 35 days – with no serious consequences for him or her.

Many people can relate to that feeling of living hand to mouth, but it is undoubtedly worse for those that have to support a family with no idea when you’ll get your next paycheck. Luckily, companies like Uber, Lyft and others in the sharing economy are providing income opportunities for the affected. People can sign up in a very short amount of time and start earning money on the spot – all they need is a car and a smartphone, two things a overwhelming majority of federal employees possess.

Just imagine a government shutdown before the internet and ride sharing. The market still provided possibilities to make some money but maybe they required you to spend much more time looking for them and were not as flexible. Today you have all those opportunities right in your phone.

Now, some say they are ashamed of being an Uber driver, but they do it just to pay the bills. I say it is bad to paint those jobs as something to be ashamed of. Taxi driving has long been an honourable profession, making passenger’s lives easier while earning some money in the process. Yes, it does not pay amazingly nor is it necessarily the most ‘glamorous’ of careers, but working hours are very flexible, both in terms of how long you work and when you start and finish. Especially the latter is incredibly helpful for the 420.000 federal employees who continue to work without pay and don’t have much time on their hands.

I know, I know, these companies only provide opportunities to make money. So what? Getting paid for a job is THE classic win-win situation. The kind of situation that lies at the core of why our lives in the west and more and more in the east are so comfortable. Another win-win situation during the shutdown was when companies like Kraft Foods who provided food for some of the government employees. Sure, they welcomed this opportunity for PR but that does not make it inherently bad.

We should remind ourselves continuously of how market forces, guided by entrepreneurs, make our wealth possible, instead of complaining about the situation without putting things into context.

Now, you might think that Uber and Lyft are very happy about the government shutdown because the additional drivers lower prices and, thus, increased demand for rides, but in fact the opposite is true. Why? Both companies want to go public but during the shutdown the Securities and Exchange Commission stopped processing documents that are relevant for their IPOs. This delay could potentially mean the loss of millions for them. Companies like AirBnB are also affected by this, who coincidentally provide easy access to an additional stream of income, too.

I don’t want to be silent about a problem a lot of the other Uber and Lyft riders now face in some areas of the country: Less and less people were booking rides at the moment (although the upside is cheaper prices for consumers) as most of their customers were federal employees.

That fact is not surprising at all if you think about it: The same amount of people were going (800.000) without a paycheck as if Walmart would let around half of its workers in the US go or three companies of the size of Amazon would not pay their 250.000 employees in the US – overnight! One more sign that the government might be too entangled into, well, everything.

Emotional debates about the shutdown are understandable when we think about  all the hardship it caused but what we should really be talking about is decreasing the federal government’s size   so missing paychecks are not as impactful in the first place. Small is beautiful!

Tim is a graduate student at the CEVRO Institute in Prague, Czech Republic. 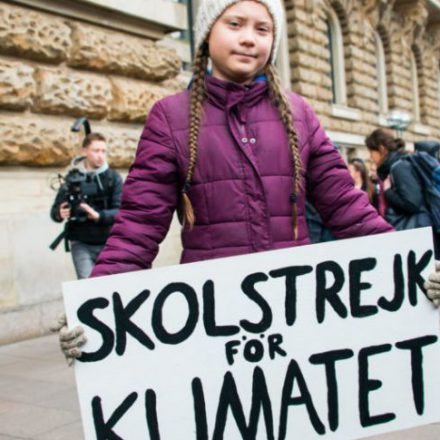 30.9.2019 Jorge Miguel Teixeira
The theories around Greta Thunberg’s alleged mental problems, added to which we have a series of displays of condescension towards a...