The Dark Side of the Armenian Revolution

I have been returning to George Orwell’s 1984 quite often recently: “Power is not a means, it is an end. One does not establish a dictatorship in order to safeguard a revolution; one makes the revolution in order to establish the dictatorship.” Why have I not noticed these words earlier? Maybe, because they make more sense to me now.

Phascism (/ˈpæʃɪzəm/), a new artificial word created by Armenians after the success of the Velvet Revolution and a combination of the words Pashinyan and fascism, refers to the current Prime Minister and his government. Public discontent has been rising continuously.

It has been almost a year since Armenia celebrated an unprecedented victory by making its much-awaited dream of the peaceful Velvet Revolution come true. Over this period, Nikol Pashinyan, who is the leader of the Revolution, eventually became PM of Armenia after two unsuccessful earlier elections, where Parliament failed to elect a new head of state. After the victory of his My Step alliance in the snap elections with 70.4 percent of vote, Pashinyan was formally and officially re-appointed as Prime Minister on January 14 of this year.

As the former governing Republican Party of Armenia and the Armenian Revolutionary Federation (what a sarcasm for them) each received less than 5 percent of the vote after 20 years in power, they missed the chance to take any seats in the new parliament. 2018 was also phenomenal for Armenia, as the the representative of the Republican Party resigned as mayor the capital city, Yerevan, which chose a new Council of the Elders and a new Mayor. The new Mayor, Hayk Marutyan, is an Armenian actor, comedian, screenwriter and producer. If you don’t know anything about Armenia, consider that news something that broke a lot of stereotypes.

As a finishing touch, The Economist awarded its Ovation Nation title to Armenia by announcing it the country of the year. Moreover, Freedom on the Net 2018 report released by the Freedom House changed Armenia’s ranking from “partly free” to “free”. Briefly, Armenia plunged in 2019 with a whole new, totally refreshed attitude and team. Hence, everybody is optimistically hoping that 2019 is going to be our year.

There are, however, a lot of angles to look at what has happened in Armenia. For example, did Pashinyan’s team really keep all the promises they had made before taking power? Has life of the peacefully revolting ordinary people at least changed a bit since then? There are many questions such as these.

There is one specific thing I would like to focus on: it’s how the Revolution affected Armenian society, both emotionally and psychologically, and what consequences could arise because of that.

As in similar revolutionary cases in the past, everybody felt overwhelmed at first. The constant energy of revolutionary songs, memories, pride of the coverage by international media, was immense. This can be quite pleasant at first, but when it continues for months, you come to question yourself at some point: isn’t it time to start working? And while the response one often gets is one of astonishment – let’s first enjoy the result and implement promises when they have the power, some say – the fact remains that they already have as much power as they need: they have all the majorities, including the government, the President of the National Assembly, the Mayor of Yerevan, the support of the President and almost every single head of big and small communes.

As a consequence of this debate, a divide between the people has come into being between “the whites,” i.e. those who are completely and unconditionally supporting the revolution, and “the blacks,” i.e. those with a more critical view. But this completely contradicts the statement that the Velvet Revolution was a revolution of “love and solidarity.” Black and white labeling instead divided our people more than in the era of the Republicans. Unfortunately, only a few people would admit it.

This hysteria of overprotection and the lack of the acceptance of constructive criticism which we are currently seeing eventually brought about the creation of the term Phascism discussed above. In consequence of the term, people who are not worshipping the new administration are now also seen as “the enemy of the nation”.

This process is ongoing. Consequently, most people prefer to be silent and discuss problems merely in inner circles (just as they did the last twenty years). Meanwhile, the ones who use media and directly and honestly raise awareness about the issues receive constant hatred.

From a nation obsessively hating one regime we smoothly transferred to a nation which obsessively worships another. The worst part of the story is that I feel that before I could express my discontent much easier than now. We are in a horrible struggle of being people hoping for the best who are lost in their understanding of what is the best for us.

I agree that what we Armenians did is extraordinary and I am proud of it. We crashed stereotypes, we changed our own history by becoming just a bit braver. We also shook off the post-Soviet dust that had sat on us and proved to ourselves that our voice does matter.

We should also admit, however, that no government is perfect and everybody makes mistakes. To expect that a modified, young and slightly inexperienced legislative and executive team does not deserve critics is pure naivety. By giving those in power not only the power to make a change, but also the ‘’unconditional’’ love of the nation, can easily lead us to be blinded by the glory of revolution, while those governing turn to real “phashism.”

So what is the imperative of the day for the young revolutionary nation? Stand for your vote, demand and do not accept refusal for any single promise that has been made to you. Do not be blinded by ‘’unconditional love” and do not worship any political power, as that can have more pernicious effects than you could have ever imagined. Do not take the revolution for granted or just on paper, take it to your minds and to your hearts. Only then it can really succeed.

12.6.2018 Richard Mason
In celebration (perhaps for want of a better word) of the Brexit referendum’s two year anniversary, we asked some of our editorial board... 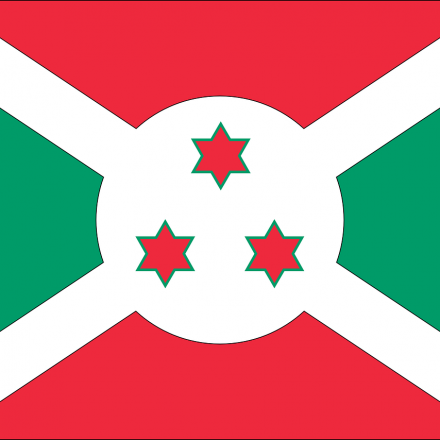