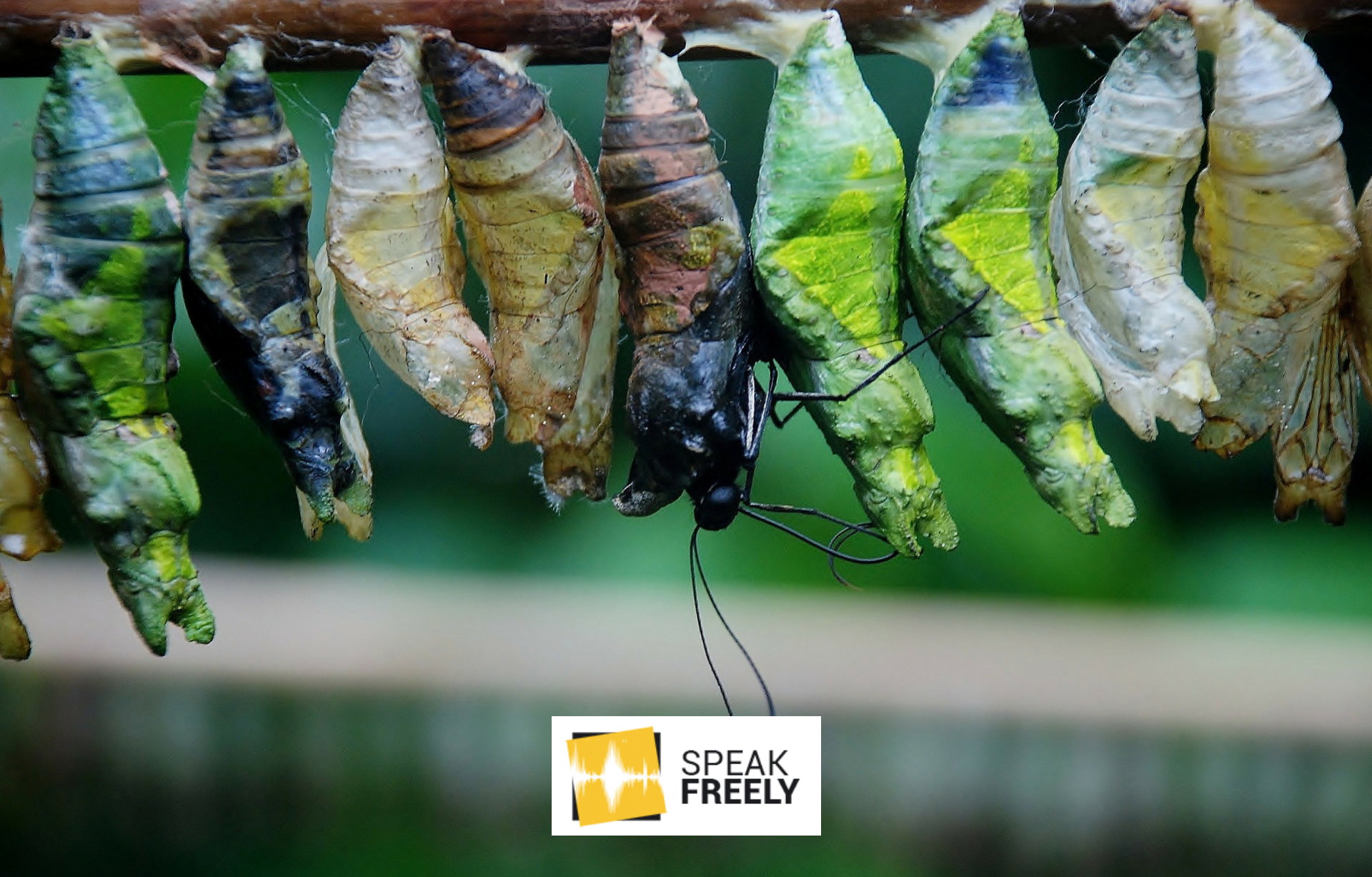 These words weren’t uttered by Gandhi or Mandela, though often misattributed to either of them. While quite common (and sadly, cliché), I in fact heard them spoken for the first time at a Students For Liberty conference in London, coming from the mouth of the gloriously idealistic Michael Way, associate editor of this very publication. They struck a chord.

Before I started working with Students For Liberty, I lived in a sort of self-imposed paradigm of untapped ambition. I had arrived, a year earlier, at university, expecting to encounter a stereotypical crowd of quasi-communists, hopeless snowflakes, and zealous Social Justice Warriors. I never expected to meet the rational-minded, nuanced, and thoughtful group of fellow students I now discuss politics and philosophy with on a daily basis.

Nonetheless, news still poured in from university campuses across the country where right-of-centre politicians are aggressively accosted, controversial speakers arbitrarily no-platformed, and student unions churn out ridiculous policies of banning poppies or removing ‘racist’ Kipling poetry. Of course, such censorious nonsense frustrates most rational students, and for a while we contented ourselves with simply denouncing this idiocy in private. We felt that a counter-balance was needed, but never really connected this perceived need with our own ability for change. Expressing frustration in our very own echo chambers is much easier.

When my close friend Tom Colsy, also working for SFL now, proposed the idea of creating a Liberty-focused student society at our University to counter-balance the very source of our frustration, I was duly sceptical. “No-one will end up joining; we will have no success in a political climate so dichotomously divided; we don’t have the time, money, contacts, etc.”

Though I eventually succumbed, the first few months weren’t easy. In fact, the first few months, nine to be exact, nothing happened – our student union had simply refused (or in their convenient words: ‘forgotten’) to ratify this new society threatening the status quo, whereas it normally takes only a week. Miraculously, our society was finally approved, after a few far-too-late angry emails.

Now that we were actually a society, and with the new school year coming up, we had to start finding events to put on. We initially contacted speakers we knew through personal contacts, such as the odd medium-ranked official at the European Parliament, or local councillor. It never really occurred to us that we could aim for much higher. It wasn’t easy, scrambling for relatively unknown speakers that we were afraid would attract audiences of 20 or 30 at the most. It didn’t exactly motivate us either.

Desperate for more coverage and sponsors, we stumbled upon SFL’s website, which Tom had actually found months earlier, but we never followed up on (symptomatic of our initial failure to act). It now seemed a bit of a last resort option to kick-start the society. We were promptly invited to attend the regional conference in London at the beginning of that academic year, not too sure whether it would be worth the hassle.

It changed everything. Suddenly we found ourselves amongst dozens of like-minded, equally ambitious students, all with success stories to tell and motivational quotes such as Michael’s. We left that conference energized, inspired, and ready to actually make an impact. Most crucially, the notion of the sky as the limit pervaded our newfound optimism.

Today we are the largest political society on campus, averaging attendances of 200 students at our events. We have welcomed Vera Kichanova, first-ever elected Russian libertarian official, and hosted famous YouTuber Carl Benjamin in a sold-out auditorium diligently protested by Antifa-minions. In December, we held the first-ever debate at a British university between an Israeli and a Palestinian diplomat, attended by 350 people. Upcoming speakers include Yaron Brook, Jacob Rees-Mogg, Essam Sharaf (first Egyptian PM post Arab Spring), and Dave Rubin. Five minutes after I read about comedian Konstantin Kisin’s saga about an enforced ‘safe-space’ contract at SOAS for a comedy sketch, I emailed his page inviting him to come talk about ‘whatever the hell you want.’ He agreed an hour later.

All of this only happened because we tried. We have been rejected by dozens of speakers, heavily criticized by other students groups such as the Feminist Society, and spent hours on the organisational logistics of these events. Many people have good ambitions and ideas, yet fail to do anything concrete with them. It may seem too daunting to leave your comfort zone, afraid of rejection, or non-response, or simply effort. Though understandable, such a mind-set produces stagnation and stifles growth. It jeopardizes any plan before it has even been tried.

If my limited experience has taught me anything, it is to try the seemingly impossible, no matter what. I sent Jacob Rees-Mogg 4 letters before he finally agreed, probably to stop my badgering. Sargon and Yaron were simply messaged over Facebook via their official pages. For both the Israeli and Palestinian diplomats, I called the respective embassy phone-numbers, available on Google, and requested a speaker. For Rubin, Tom simply contacted his website, and voilà.

Now this doesn’t mean everything we do is successful, in fact the contrary is more accurate. We were swiftly dismissed by Gary Johnson, Richard Dawkins, Priti Patel, Sam Harris, Amber Rudd, Douglas Murray, and the list goes on. We have spammed emails to dozens of interesting speakers, and only very few get back to us. But some indeed do, and our schedule is so full now we are looking at an event every other week.

Good ideas only become good when you put them into practice. As the largest political society on campus, we have succeeded in creating that counter-balance we so desperately craved. Instead of relying on others to do it for us, we simply got up and did it ourselves, though of course with the valuable help of all on our committee. And the secret of it all is that it really isn’t hard. It just requires time and perseverance. Anyone can contact an embassy, or message a Facebook page, or put in a funding application – you just need to do it.

If you have a good idea, or want to see something happen, just go for it, especially if you are an ambitious student in a similar situation to ours. You might struggle, or even fail, but persevere. Everyone is capable of being the change they want to see, and even if you do fail, you owe it to yourself to try in the first place.

Chris is SFL's newly-promoted Head of Events and Campaigning for the UK. He is both American and Belgian, and speaks fluently in English, French, and Dutch.

Vilnius Regional Conference: the steps we took during our years of freedom 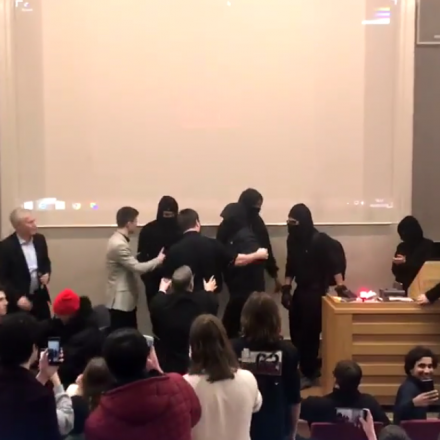 7.3.2018 Tamara Berens
On the 5th of March, a university event that was intended to be a free, open debate between conflicting individuals was violently disrupted by a...