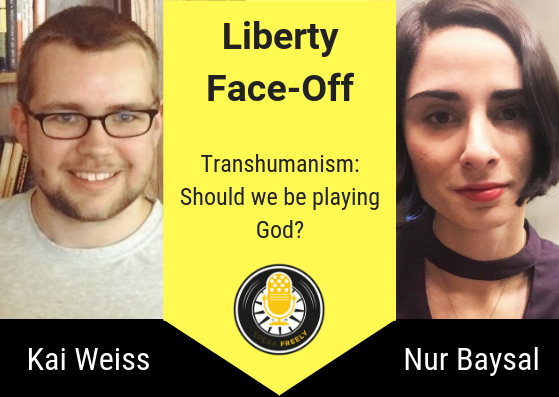 In this Liberty Face Off, Kai Weiss and Nur Baysal discuss the implications and ideas of transhumanism, a philosophy which believes in the use of new technology to constantly enhance and improve our natural capabilities. But should we be pursuing such a path?

Find longer versions of the arguments in German on the Peace Love Liberty blog: Kai and Nur

This piece solely expresses the opinion of the authors and not necessarily the organization as a whole. Students For Liberty is committed to facilitating a broad dialogue for liberty, representing a variety of opinions. If you’re a student interested in presenting your perspective on this blog, you can submit your own piece to submissions@speakfreely.today.

Fears of a future technology-dominated dystopia have been around for many centuries. Yet, none of the prophesied, terrifying scenarios have ever materialised.

Nevertheless one thing is for sure to accompany every new innovation: someone who will focus entirely on the supposedly grave dangers, just to find the world once more wealthier, healthier and with better tools.

But just because technology-sceptics – or reactionary “neo-luddites,” as they are rather smugly called – have thus far made only false alarms, does not imply that they will be wrong forever.

It seems obvious to me that with transhumanism in all its possible forms, from designer babies to the optimization and systematical improvement of human capabilities, to the most extreme goals such as immortality, we might have reached a crucial point. We must now make a decision about which technologies we are going to adopt, and which we are going to leave be.

Transhumanism is not part of some ‘natural progression’

Proponents of transhumanism like to use the argument that such examples given before are merely a continuation of the long, ongoing process of technological development. Humanity has improved its abilities through new technologies for a long time. He who is against transhumanism must also be against earlier advancements then.

This argument is inherently insufficient. Actual transhumanism creates a completely new dynamic, and introduces a new era of technological progress. After all, it is the declared aim of ‘transhumanism,’ as the word already implies, to transform the essence of humanity up to a point where we are no longer humans, but posthumans.

This is a fundamental difference from all previous technologies, which simply changed external factors or repaired what was broken.

For example, we can move a lot faster by car or plane, as we could naturally. These new opportunities in transportation, as well as most other technologies of the last centuries, changed the external circumstances of our environment. Yet, they did not change us.

Eye lasering or hip replacement, of course, change the features of individual humans, but only to eliminate a negative deficiency the individual has in contrast to human nature. It is not the goal of these methods to correct the inherent biological imperfections of humanity overall, to change human nature in and of itself. It is rather about bringing in line an individual to what it means to be human.

Humanity on the operating table

But herein lies the essence of transhumanism: Human nature, human dignity, even humanity itself lies on the operating table. Humans are to be modified and rearranged into the would-be ‘correct’ order, until these humans are finally ‘perfect.’

Whether there will be anything remotely ‘human’ left afterwards becomes irrelevant, especially if we chase the dream of a ‘posthuman’ future; the logical consequence of transhumanism.

Kai Weiss is an Assistant Editor of SpeakFreely.Today. In addition, he is a Research and Outreach Coordinator at the Austrian Economics Center and board member of the Hayek Institute.

Transhumanism is often put on a level with naïve optimism for technology. The critics thereby oversee its enormous potential to enhance our lives.

Transhumanism is no blind optimism of technology

However, it would be hasty to adopt the position of a rigid historical determinism, where AGI is unavoidable, and therefore AI should be completely avoided. The orientation of AI can be guided and controlled, especially in the current phase of development, e.g. through the connection of human brains with AI systems.

Transhumanists point out the positive potential of AI technology: A well-advanced AI can help us to cure currently unhealable diseases, like cancer, and to lift the thus far accepted limitations of our mental and physical condition to new heights.

A lot of people would like to increase their intelligence significantly, to prolong life indefinitely, and to avoid unnecessary suffering. This kind of self-optimizing purposes can be combined with a moderate, realistic view on future technologies.

Technological optimization of Humans is no new phenomenon

Many critics of such intense self-optimization through technology argue that these types of human changes are bad because they are ‘unnatural.’ They argue that humans should not have the power to fundamentally change the product of thousands of years of evolution (or, in some cases, divine intelligent design).

This argument ignores the fact that we humans have been exceeding our natural limitations with technology for a long time.

Up until now, these achievements have not cost us our humanity; neither have they influenced the value of human existence in any negative way. On the contrary, it is the humans’ choice not to use this development for its own purpose and remain in its ‘natural condition’ (for example by abstention of pharmaceuticals against diseases like diabetes or HIV, or the forsaking of technologies like joint implants).

All of these achievements were called innovative or revolutionary but a few decades ago.

Opponents of further optimization of human beings need to figure out why continuing the existing process of ongoing enhancements suddenly constitutes a risk for humanity.

Some people reject the possibility of increasing their lifetimes indefinitely, and thereby eliminate involuntary death, because in this way human existence will lose its deeper meaning. What would become of motivation and initiative without the time-pressure imposed by our eventual demise? Moreover, such an existence would likely be rather boring.

This argument is not very convincing. It is based on self-projection – proponents are sure that an unlimited existence would mean boredom and apathy for them. But, I am sure, that this would not be the case for me. I can say with certainty that there are some people beside me, which refuse this thesis for the same reasons.

Therefore it would be a mistake, to deny the opportunity for unlimited life, just because it is in conflict with someone else’s personal fears and projections.

If personal death is insoluble, humans create normative vindications to counteract mortal fear. Because of the theoretical technological possibility to avoid death (there is, of course, a lack in practicability), a glorification of death only supports a feeling of helplessness and passivity.

To call transhumanists blind optimists of technology without any reservations is a straw-man fallacy. Many transhumanists understand the dangers of AI technology, and do not accept death as the sole source of the meaning of life as many opponents do.

They have the objective to continue the existing process of improvement of human beings. They accept diseases like cancer and ageing not as unavoidable realities, just as HIV or fractured joint are no longer as life-altering or threatening as they were in the recent past.

Nur Baysal is a postgraduate student in Philosophy at St Andrews and Technological Disruption Fellow at the Consumer Choice Center.

Review: ‘You Can’t Have All of Me’

8.7.2016 Bill Wirtz
After the Brexit vote in the UK there is a lot of speculation concerning the next countries to leave the European Union. France is being... 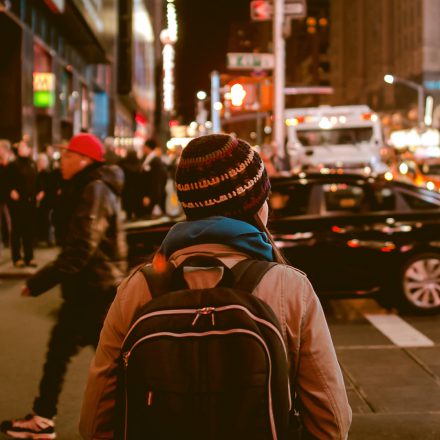 23.6.2017 Daniil Gorbatenko
One of the biggest debates among libertarians revolves around the justification of our ethical views. The two most important strands in it are...