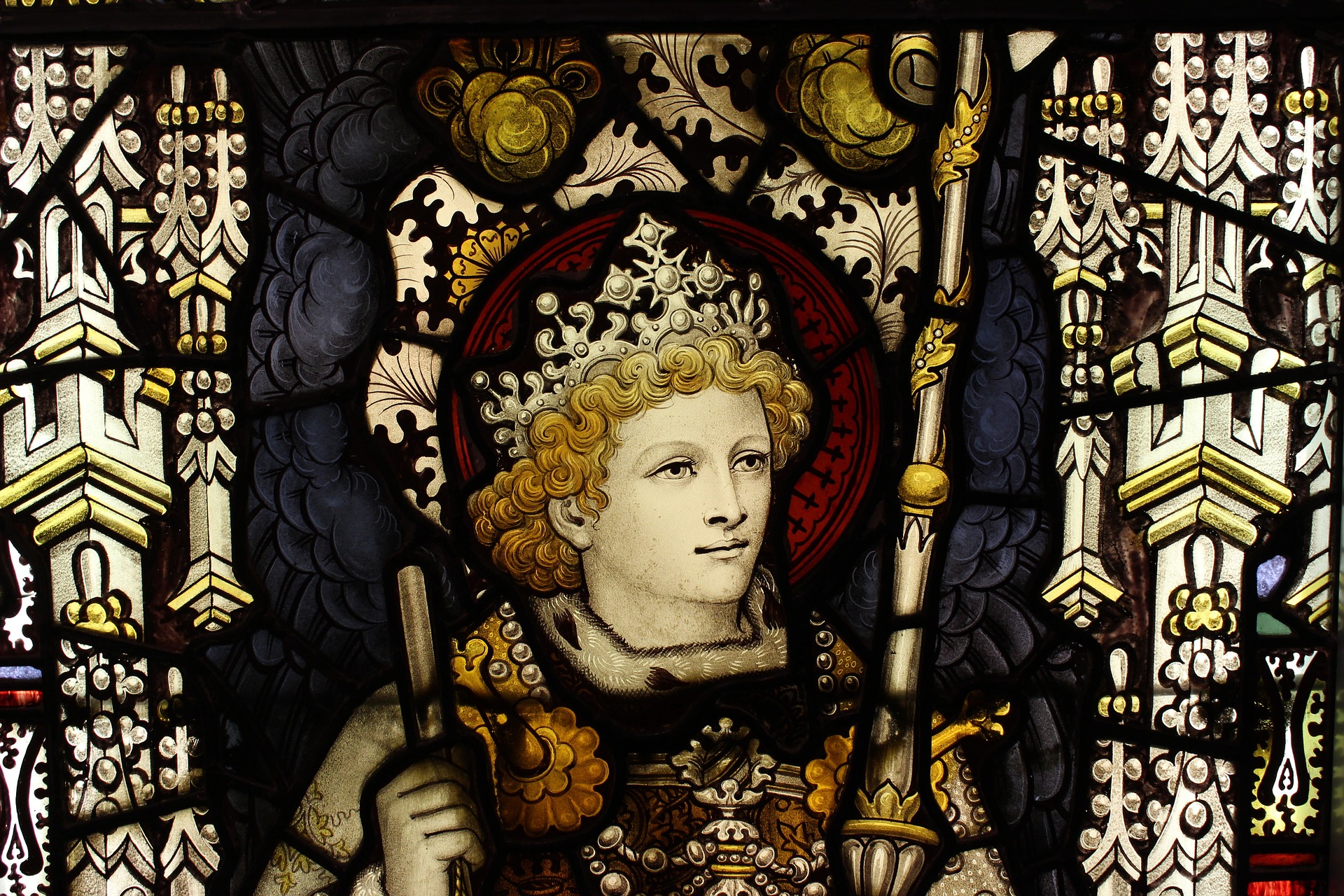 John of Salisbury was born around 1120 A.D. to a non-noble family in Salisbury, England. After receiving an extensive education in France, John returned to England, where he was appointed secretary to the archbishop of Canterbury. In this prestigious role, he rubbed elbows with the most powerful people in the English government. Over the course of his life, John had a variety of occupations: he was a poet, a moralist, an educator, and a philosopher. He was easily one of the most well-educated men of his day.

John became a controversial figure when he criticized King Henry II’s methods of raising funds for a war against the French. In order to raise an army, Henry disproportionately taxed church property. John was an ardent defender of the church’s traditional liberties, including its exemption from certain taxes. In response to the king’s actions, John wrote a book entitled Policraticus, a newly coined word that roughly translates from the Greek as “The Statesman’s Book.” In Policraticus, John discussed a wide variety of topics, including his justification for tyrannicide, the nature of law, and the behavior of a just king. Generally, we assume that people of the medieval era were viciously dogmatic and backward. John, with his surprisingly modern-sounding defense of free speech as a key ingredient for society’s progress, stands in stark contrast to this regressive image.

The Court of John’s Day

John vehemently opposed what he referred to as the “epicurean court.” He had lived in the court for years and had witnessed the hedonism displayed there, which offended his love of moderation in all aspects of life. Discussing the virtue of moderation, John wrote that “nought is so splendid or magnificent that it does not need to be tempered by moderation.” Throughout Policraticus, John made it clear that he was well-acquainted with court life and the accompanying culture of excessive indulgence that he loathed so deeply.

John, with his surprisingly modern-sounding defense of free speech as a key ingredient for society’s progress, stands in stark contrast to this regressive image.

It was the interpersonal conduct of the court members that John opposed, specifically their constant flattery and refusal to speak truthfully, both of which he found insufferable. He believed that flattery put the commonwealth at risk because the king would pursue policies advantageous to certain individuals rather than to society as a whole. John dedicated a large portion of the first two books of Policraticus to condemning the courtly behavior. The third book of Policraticus consists of John’s chastisement of those he referred to as “flatterers,” who derail rational discourse and attempt to manipulate their superiors by lying for self-gain.

In order to further their own interests, members of the court attempted to manipulate the king through dishonesty and flattery. John believed this was detrimental to the king’s reign because it led him down the path of vice and immoderation. These flatterers pretended to be the king’s friends, but in reality, their “friendship” was based on nothing but the promise of “lucrative results.” John compared these people to actors on the stage, instead of what they ought to be: concerned members of the government committed to the common good of society.

According to John, in order to pursue their selfish policies, flatterers used two main methods: the restriction of speech and the portrayal of their arguments as well-intentioned. By obstructing open debate and criticism, the flatterer “blocks the ears of the listeners lest they hear the truth.” Similarly, in preventing other arguments from being heard, they are able to make their arguments seem better than they are; the truth is condemned as dangerous. Second, since flatterers know they are lying for their own benefit, they employ flowery language and lofty ideals to disguise their agendas: “It is necessary to have the garb of pretense in order to be pleasing.” John scolded members of the court, stating that flattery is always “accompanied by deception, fraud, betrayal, and the infamy of lying.” According to John, the combination of these two tools had a venomous effect on the king’s conduct because he followed seemingly impressive, but fundamentally flawed, advice that would subvert the proper functions of law. John was a firm adherent to the rule of law: All must obey the dictates of justice, as “all are accordingly bound by the necessity of keeping the law.” Kings are not exempt from law either; John argued “in the teeth of all the world, that kings are bound by this law.”

Adapting the definition of friendship originally propounded by Cicero, an influential Roman philosopher and statesman, John argued that the highest form of friendship is enjoyed when benefits are set aside and “one cherishes friendship on account of its own virtues.” Both Cicero and John believed that bad people cannot be true friends. Genuine friends are “partners in the good life” because they encourage and allow for the flourishing of virtue. John asserted that virtue is deeply connected to the truth. Therefore, true friendship can only be nurtured by people committed to seeking and adhering to the truth, something immoral people consistently ignore. He emphatically concluded that “those who are vulgar and base flatterers are not admitted among friends.”

John believed that a key aspect of friendship was benevolence because “it is aided by fidelity, namely, constancy of speech and deed, and by truth, which is the foundations of all duties and goods.” Unlike the vice of flattery, the virtue of benevolence is dedicated to the truth. Since the good in life depends on truth, friends ought not to lie or deceive one another — even if this results in hurt feelings. As John aptly stated, “better the chastisement of a friend than the fraudulent kissing up of a flatterer.”

John was a firm adherent to the rule of law: All must obey the dictates of justice, as “all are accordingly bound by the necessity of keeping the law.”

The bonds of friendship require free and open debate and criticism oriented toward virtue because “no critic need be feared by the lover of truth.” Genuine friends will criticize their companions when they are in need of sober advice. John warned that “the truth is stern.” Criticism can be harsh, but ultimately necessary, for proper conduct both in individuals’ personal lives and in good governance. John ardently defended the liberty to speak freely and openly about one another’s conduct in order to cultivate a more civil society.

Unlike many dogmatic thinkers of the medieval period, John made no claim to knowledge of absolute truths. However, John’s skepticism did not result in inaction. Instead, he believed that beliefs should be held based on their probability of being true. Describing his views, John wrote, “I, differing from them, call some things probable, some improbable. What is there, then, that can hinder me from pursuing those things that seem to me probable, rejecting those things that seem improbable, and, while I shun the arrogance of positive assertion, escaping the recklessness which is at the farthest remove from wisdom.” This skepticism led John to believe that a prince ought always err on the side of tolerance as “the merit of tolerance is resplendent with a very special glory.” Therefore, one should hear all arguments in order to be best equipped to make important decisions. This requires us to follow John’s advice and be both skeptical and tolerant of the views of others.

The Relevance of John of Salisbury’s Thought Today

According to John, free speech is a valuable tool for effective governance, but did John draw a line as to how free one’s speech ought to be? Surprisingly, for a medieval churchman, John maintained that liberty entails a good deal of free expression. Even when discussing malicious speech, he expressed that “for even if criticism carries open or covert malice, to bear it is in the eyes of wise men a far finer thing than to seek to punish it.” John understood that the health of society depends on the ability of free agents to speak out against the oppressive and immoral conduct of government. John’s defense of free speech was based on its utility in the exposure of poor government conduct, both in terms of policy and personal virtue. His endorsement of free speech was founded on a commitment to the common good, genuine friendship, and a healthy combination of skepticism and toleration. To John, if the abuses of government could not be exposed and debated, then government would quickly collapse into despotism — a message sadly ignored throughout history.

This piece was originally published at Medium 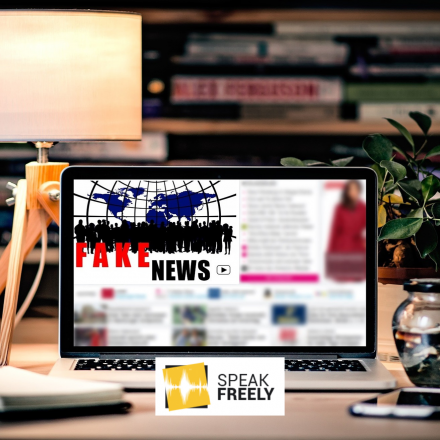 8.9.2018 Richard Bolton
Part of the rigmarole to be accepted into a prestigious UK public school’s 11+ entrance exams was to keep up to date with current affairs by... 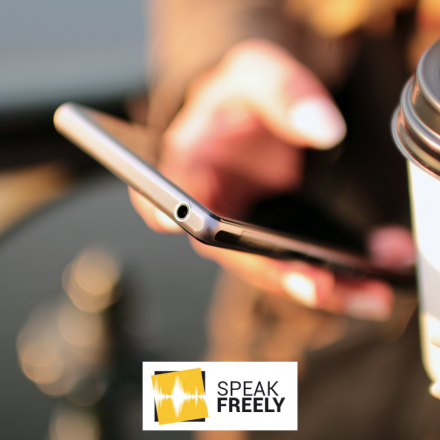 1.2.2019 Evangelos Andreou
There are many who speak loudly against capitalism, all the while still enjoying its benefits. To illustrate this point, just look at Alexandria...