Concepts of equality have long formed the keystones of Western philosophies. Revolutions have been fought in the name of equality, our courts are built around the idea that we are all equal before the law, and activists have spent the last century working to break down the systematic inequalities affecting our societies.

Indeed, philosophical takes on equality permeate every facet of the modern West, from law to sociology, economy to politics. The evolution of the West over the centuries has, in many ways, been one constant drive for more equality, bringing with it such progress as universal suffrage and an end to racial segregation.

This perception of the relationship between equality, the state, and society was advocated by seminal English philosopher John Locke, who argued that the equal status of all citizens in matters of politics and laws was essential for the universal participation in society. Locke argued that the responsibility of the state was simply to serve all citizens equally, and without prejudice.

But as equality becomes more and more universal under the state, the modern egalitarian has turned away from this view. The modern fight for equality has become a fight for the creation of a “level playing field,” where the individual faces neither legal nor social barriers to achieving his or her goals. Modern approaches to equality have become increasingly centred around this concept of equality of opportunity.

Of course, a society in which all individuals begin on an equal footing seems a rather attractive prospect at first glance; a purely meritocratic society, in which fortune favours the smart and skilled certainly seems more just than one in which the circumstances of birth can determine a lifetime’s success.

Unfortunately, this view of equality can no longer go hand-in-hand with freedom, as it implies the need for the state to take away the same rights that previous activists fought so hard to reclaim.

Take, for instance, a particularly well-known and controversial method of reaching equal opportunity: affirmative action in the United States. This policy aims the create a level playing field for minority groups, who have previously been excluded from the more lucrative or powerful positions within American society. While one can certainly understand and sympathise with the motivations behind the affirmative action approach to equal opportunity, in practice it becomes entirely paradoxical. Levelling the playing field by privileging the applications of one social group must, by definition, actively discriminate against another.

While the egalitarians of the civil rights movement fought to bring an end to state discrimination, and to allow the same freedoms to all members of society, proponents of affirmative action call upon the state to return to discriminatory policies.

Affirmative action is simply an example of the paradoxical nature of equal opportunity. Any state intervention of this kind, whereby one group is placed above another in the name of equal footing, is simply a return to the discriminatory policies previous activists struggled so hard to end. Indeed, it goes very much against the teachings of Locke, who argued that to be placed “under the absolute, arbitrary power of another,” such as the power of the state to privilege one group over another, was the route by which we become enslaved.

“Equal” opportunists seek to bring neither equality nor freedom. Modern egalitarianism has begun to go against everything previous understandings of equality stood for.

This article was originally published at Intellectual Takeout 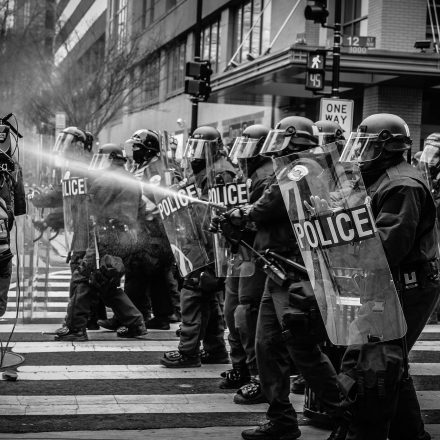 13.6.2020 Milan Pešović
Albert Camus famously said: “In a universe that is suddenly deprived of illusions and of light, man feels a stranger”. But how is the individual... 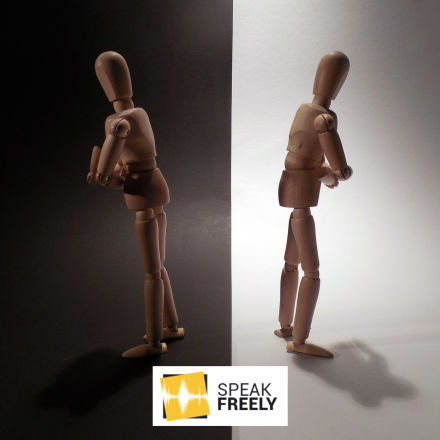 15.3.2019 Bill Bowkett
The Brexit cataclysm is in crisis. Last week, MPs in the House of Commons rejected PM May’s awful, revived deal, whilst simultaneously ruling out...