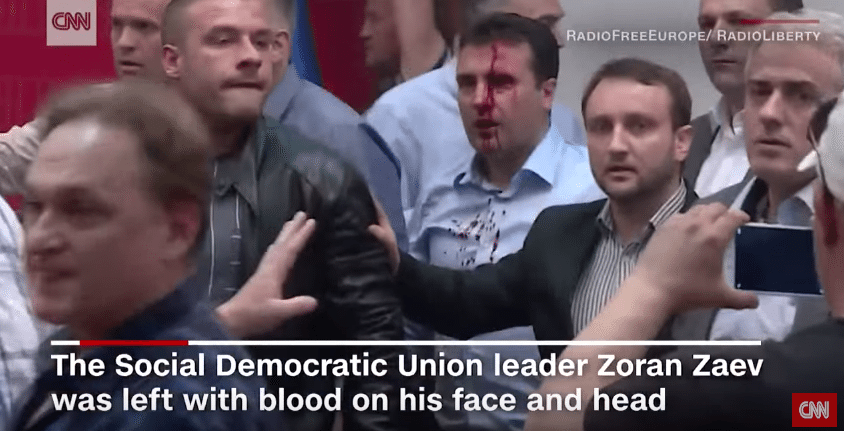 After a decade in power, on the 11th of December last year, the Macedonian right-wing ruling party VMRO-DPMNE lost the elections and failed to make a coalition once again.

After months of negotiations, seeking a chance to create a ruling coalition and blocking the Parliament from properly functioning, they were faced with losing the ruling majority. This led to peaceful civil protests secretly organised by this party.

Their goal is rejecting the so-called “Tirana platform“ (said to be written by the regional Albanian leaders at the expense of Macedonia’s national interests) which the Macedonian opposition allegedly accepted and which proclaims implementation of the Albanian language on the state level, even in those areas where Albanians don’t live. It further also implies change of national symbols like the anthem, flag, law enforcement insignia etc.

It is obvious that the main reason these people protest isn’t the platform itself but the legal consequences the leadership of VMRO-DPMNE will face after they hand over the absolute dominance. A large majority of the leadership, amongst which there are primarily members of the government, is under investigation and most probably will be very soon accused of corruption initiated by the commonly known “wiretapping scandal”, when private conversations of politicians were leaked to the public and showed us enormous suspicious activities.

Today, after almost two months of peaceful protesting, while using Albanian MPs provocation as an alibi, these supporters stormed the building of the Parliament and undoubtedly instructed by the ruling party, demolished everything with no one to stop them on their way. After the head of Parliament was elected (commander of the former Albanian terrorist organization “NLA” which was elected as Minister of Defence in 2013) they entered the main hall with flags, some of them even wearing masks, brutally and mercilessly attacking MPs and the leader of opposition Zoran Zaev. After a few hours of horror and savagery, previously unknown to this county, special forces of the police entered the building, preventing the worst.

After unclear hold and letting them inside (an investigation has been announced by the Ministry of Interior announced), the police used shock bombs and finally managed to secure the perimeter while carrying out the injured MPs and transferring them to the nearby hospital with armored vehicles.

As a citizen and a student being part of the liberty movement, I must say that such acts of uncivilized terror are unacceptable. We have been living in a state of permanent division for too long. It is time to stop this divisiveness once and for all.

The following days will show if we are still a fragile nation or we’ve risen above the dark clouds of our past. We owe that to ourselves and our future.

What we have witnessed on Thursday night is a totally inappropriate disgrace for a state which has been standing in front of the Euro-Atlantic gates for too long! Macedonians need to ask themselves in which direction they want their country to go. One thing, above all, should be clear: the rule of law must prevail!

Boris Nikolevski is a Law student, occasional columnist on international affairs and pro-active part of the liberty movement as Senior LC for European Students for Liberty, as well as a permanent representative of Liberland in Macedonia.

7.2.2017 Ratko Nicolic
It is widely accepted that the freedom of the press is one of the fundamental prerequisites of a free society. Due to its crucial role in... 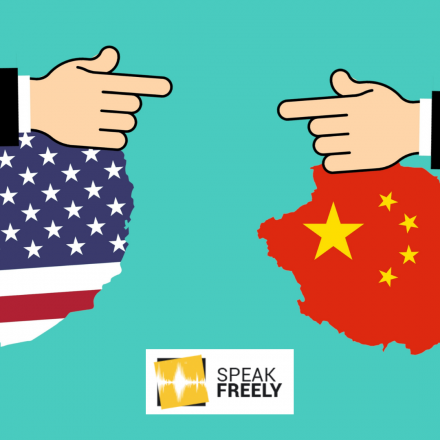