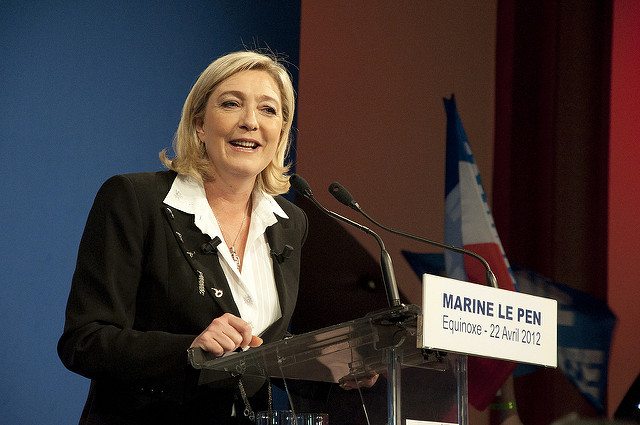 On the road to the French presidential elections, Marine Le Pen’s presidential campaign is oddly similar to that of Donald Trump: confrontation with the media, nativism, and accusations of xenophobia. To avoid creating sympathy for the far-right candidate by throwing labels at her, let’s give substantive reasons to oppose her. Here are six reasons to reject Marine Le Pen other than “because of racism.”

Members of Le Pen’s far-right political party, National Front, talk an awful lot about free speech, but only regarding their own free speech interests. For example, in October 2015, the party campaigned with the slogan “Je Suis Marine” (translation: I am Marine) after their leader was sued for comparing Muslims praying in the Parisian streets to the Nazi occupation.

It turns out that National Front’s love of free speech only goes so far. Le Pen recently called on the government to ban all protests against police brutality. Le Pen was quoted as saying that ultra-violent, far-left protestors need to be stopped, in order to restore respect in the public order.

As some protests have indeed sparked violent riots, one might suggest that Le Pen’s concerns are justified. However, please note that when labor law protests turned violent last June, and the government decided to ban all new protests, the National Front leader tweeted:

The ban on demonstrations against the #LaborLaw is a resignation in the face of thugs and a serious breach of democracy. MLP

The National Front is one of those political groups that interprets secularism as not only state neutrality towards religion, but also towards citizens. The party wants to ban“ostensible signs of religion” from public places, including hijabs and yamakas. During her visit to Israel, Marine Le Pen said that this ban is a necessary sacrifice for the best interests of France.

It is clear that Le Pen confuses secularism with the eradication of religion all together. Some scholars say that the proposed ban will be rejected by the French Constitutional Council no matter what, believing that “the state cannot prescribe what you can and cannot wear.” Yet, considering that the French ban on the burqa, introduced in 2010, was upheld by the European Court of Human Rights in 2014, nothing seems impossible. One thing is clear: the National Front is unwilling to uphold freedom of religion rights.

In Le Pen’s 144-point plan for her presidency, she calls for the defense of French jobs via “smart protectionism.” Whether or not Le Pen’s protectionism is “smart” or “targeted”, this idea has been in the vocabulary of France’s far-Right for a few years already – but there’s still no explanation for what it entails.

Presumably, it will involve leaving the EU’s Single Market and imposing import tariffs, but the question of how Le Pen will adjust when other countries respond, and how she will deal with the inevitable rises in consumer prices, remains unsettled. Potential supporters need to recognize what protectionism actually entails: fewer choices, higher prices, fewer jobs, and toxic diplomatic relations.

Even if you don’t approach immigration from a moral perspective, that of offering opportunities to those who want to improve living conditions for themselves and their families, there are numerous economic reasons to support immigration, including immigration to and from France.

In a 2015 study released by the Pantheon-Sorbonne University in Paris, entitled Immigration Policy and Macroeconomic Performance in France, researchers claim that immigration has a “significantly positive” impact on GDP growth and in some cases, overall employment:

Meanwhile, Le Pen has promised to crackdown on immigration.

On marijuana, Marine Le Pen follows a “zero tolerance” drug policy. For her 2012 presidential run, she stated that she’d introduce anything but the legalization of drugs and that France is losing the Drug War “because it is not actually fighting it.” In 2016, Le Pen’s tone hasn’t changed:

The idea of legalization is profoundly dangerous. In places where cannabis has been legalized, the results have been dramatic, with an explosion of drug consumption and public health problems.

France’s public health agency reports that 700,000 French consume cannabis daily while 1.4 million citizens smoke at least ten joints per month. The République is one of the strictest European countries when it comes to drug prohibition, with penalties of €3,750 and up to one full year in jail for mere possession.

Paris officials should consider a policy similar to that of Portugal, where the decriminalization of all drugs has been in effect since 2001.

Most notably, Marine Le Pen is no change from the big government system that has brought France to its knees over the past decades: she is part of it. The National Front is not planning on reforming entitlements or the overblown public sector. To the contrary, the party suggests lowering the retirement age to 60, forcing banks to lend money to small and medium-sized French enterprises, and employing more public sector workers while also increasing their wages.

The economic and institutional reforms that required for economic growth and subsequent prosperity, which are needed to foster social cohesion, are being ignored by the French nationalists. Their obsession with social conservatism and left-wing economic policies would be disastrous for France; so disastrous that the question of whether or not Marine Le Pen is personally racist is politically irrelevant.

Bill Wirtz is a Law student at Université de Lorraine in Nancy (Eastern France). After starting off in centrist politics in his home country Luxembourg, he changed his mind on the role of government and is now a Local Coordinator for European Students for Liberty and co-editor of ESFL’s blog. On his own blog (www.wirtzbill.wordpress.com), he blogs in four languages, and his articles have been published in daily Luxembourgish newspapers, the Foundation for Economic Education, the Mises Institute, Newsweek, Yahoo News, the Washington Examiner or CapX. This piece was originally published by the Foundation for Economic Education.

This piece solely expresses the opinion of the author and not necessarily the organization as a whole. European Students For Liberty is committed to facilitating a broad dialogue for liberty, representing a variety of opinions. If you’re a student interested in presenting your perspective on this blog, please contact mhemelrijk@old.studentsforliberty.org for more information. Header image source: Rémi Noyon. 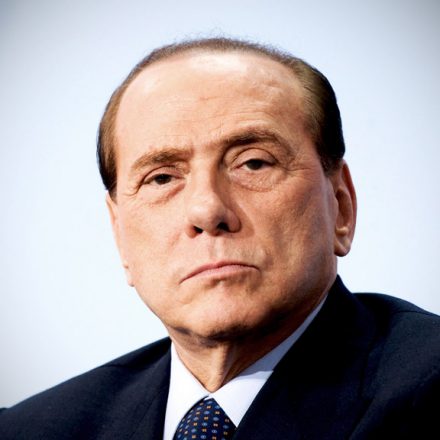 8.11.2017 Richard Mason
First, we had Brexit; a landmark referendum and the largest constitutional change in recent British history. Then, we had Donald Trump; defying... 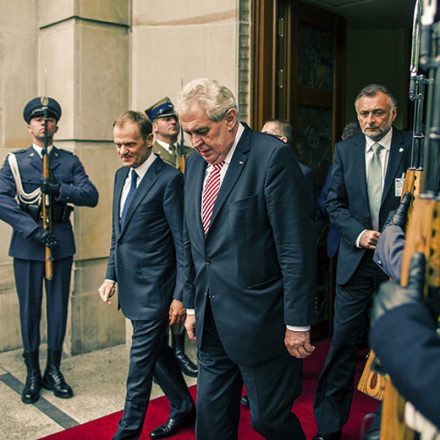