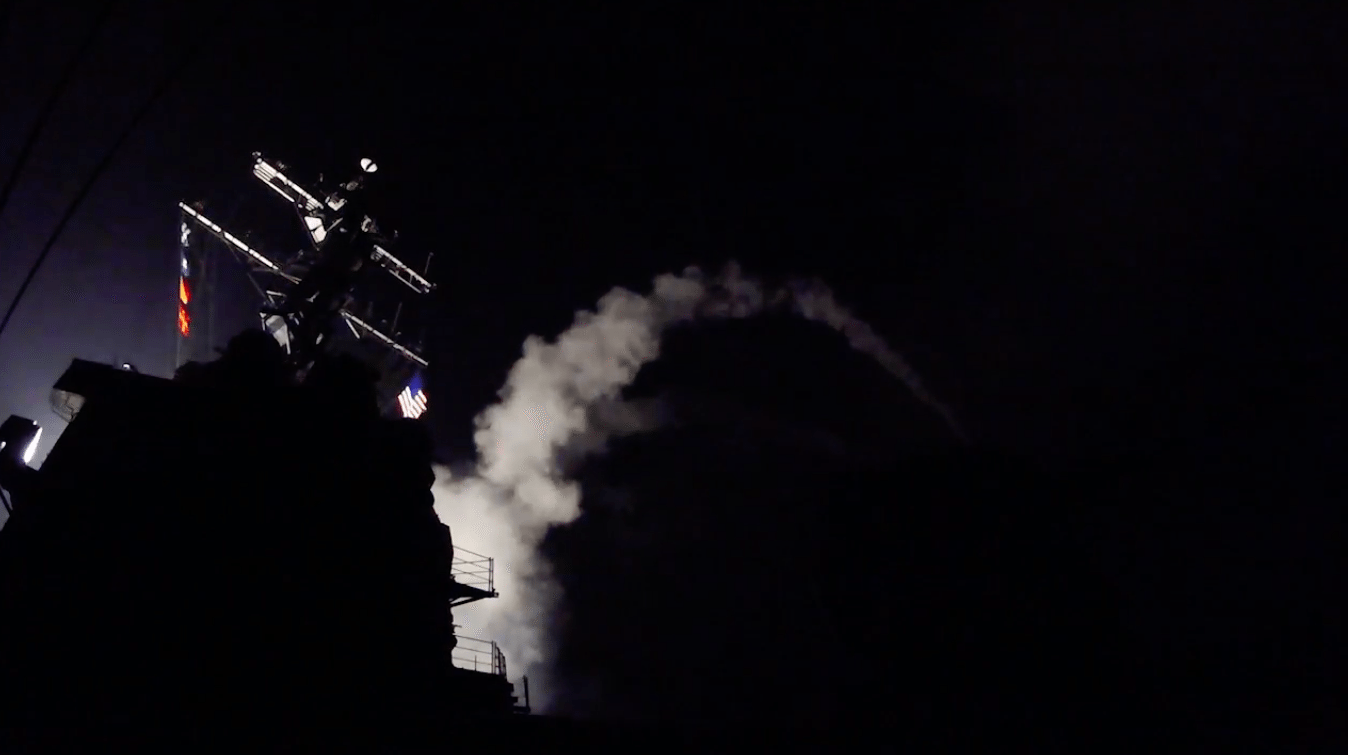 Yesterday morning, the US navy launched dozens of Tomahawk missiles, targeting airbases of the Syrian regime, as a retaliation for the chemical attack that happened a few days ago in Khan Shaykhun, killing 72. What is currently going on, and is it wise to intervene? Spoiler alert: it’s probably a bad idea.

What started as peaceful demonstrations against Assad’s dictatorial regime in 2011, turned into a bloody civil war lasting to this day. This bloody struggle involves several rebel groups, which are all Sunni-dominated, taking up arms in order to fight against the Syrian government. Assad himself is an Alawite, a sect of Shia Islam, ruling a Sunni-majority nation. At first glance, it seems like an oppressed majority rising up against the tyrannical minority: a classic liberation story. The truth is far more complicated

While undoubtedly being a horrible tyrant, Assad maintained relative religious freedom and principles of secularism in Syria, as opposed to the massive radicalisation the Sunni world is currently suffering from, most notably demonstrated by the rise of ISIS.

Hardcore Islamism is a widespread ideology among the rest of the rebels as well, including the biggest single group Jahabat Al Nusra, an Al-Qaeda franchise. Failing to understand that, the United States under President Obama armed and trained rebels from the supposedly moderate Free Syrian Army. Very quickly, they discovered that their policy was mislead: US-backed rebels committed atrocious acts, involving civilians, including the famous case of beheading of a child. The 2014 attempt by the United States to train rebels who will solely fight against ISIS equally failed: 500 million USD were spent on training “four to five” fighters. Such an expenditure could be justified, had they trained 4-5 supermen, but if this was the case I suspect we would have heard of it by now. The biggest farce by and large was a case in which a Pentagon-backed militia fought against a CIA-backed one. Different rebel groups have widely different agendas and alliances, fighting with each other almost as often they fight against the regime.

Not across the Atlantic Ocean, but just a few dozens of kilometers south of Damascus, lies my personal homeland – Israel. Unlike the US, Israel’s Northern border is actually threatened by the situation in Syria. And yet, Israel prefers not to get itself involved militarily, knowing it would do more harm than good. Instead, Israel carries bombing runs on convoys, delivering what the Israeli military is calling “a balance breaker weapon” (usually advanced missiles), given to the Lebanese-Shia militia Hezbolla, which warred with Israel a decade ago. In addition, the Israeli military treats wounded Syrians seeking help across the border, assisting more than 2,600 since the war started. I am not usually a supporter of Israeli foreign policy, but this time they got it right.

Governments have very poor track record when it comes to redesigning the very societies they claim to represent. How will they ever be successful at shaping very different and extremely complicated societies they don’t completely understand? Even my own description of the war in this article was very partial – Kurds are also a major force in Northern Syria, where many conflicting interests are clashing, and I haven’t even started to talk about the international impacts of confronting Russia, which supports the Assad regime. Assuming that Western governments can sort out Syria or even figure out which side to support (with taxpayers’ money, of course) would merely be the pretense of knowledge.

Past attempts to “stabilise the Middle-East” have proven to be disastrous in both Iraq and Afghanistan, only increasing turmoil and ultimately giving birth to ISIS. Such interventions would lead to more chaos, blood, war, and of course: refugees, which have been flooding Europe in the recent years. Regardless of American policy, Israeli and European governments have every interest to stay out of it. If we want to help, we can definitely do this by donating to organizations that actually have a significant impact. Warmongers who want to see us involved in Syria (surprisingly including many Israeli leftists) are more than welcome to book a flight and risk their own lives instead of our men at arms, including conscripted ones in Israel. Some of the men who are actually doing that are real heroes.

The atrocities in Syria, including chemical weapons attacks, are indeed a major humanitarian concern. But politicians who claim to know how to help Syrians, by launching large-scale military operations, with our soldier’s life at risk and our taxpayers’ money at stake, are seriously mislead in their reasoning and dangerous for the region and all actors involved.

This piece solely expresses the opinion of the author and not necessarily the organization as a whole. European Students For Liberty is committed to facilitating a broad dialogue for liberty, representing a variety of opinions. If you’re a student interested in presenting your perspective on this blog, please contact mhemelrijk@studentsforliberty.org for more information. Header picture source: US Department of Defense Youtube channel.

Libertarian Involvement in Politics: A Discussion 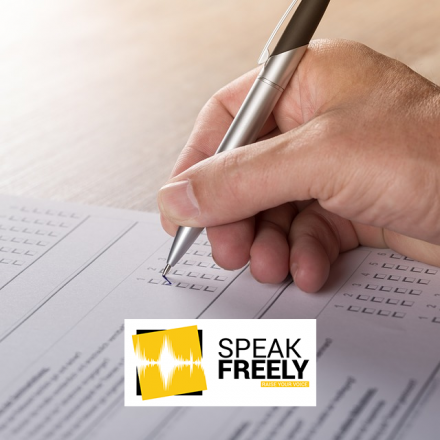 13.3.2019 Tom Colsy
It is easy to discount the role that emotion plays in our democratic allegiances. While we may like to view ourselves as liberated and objective...