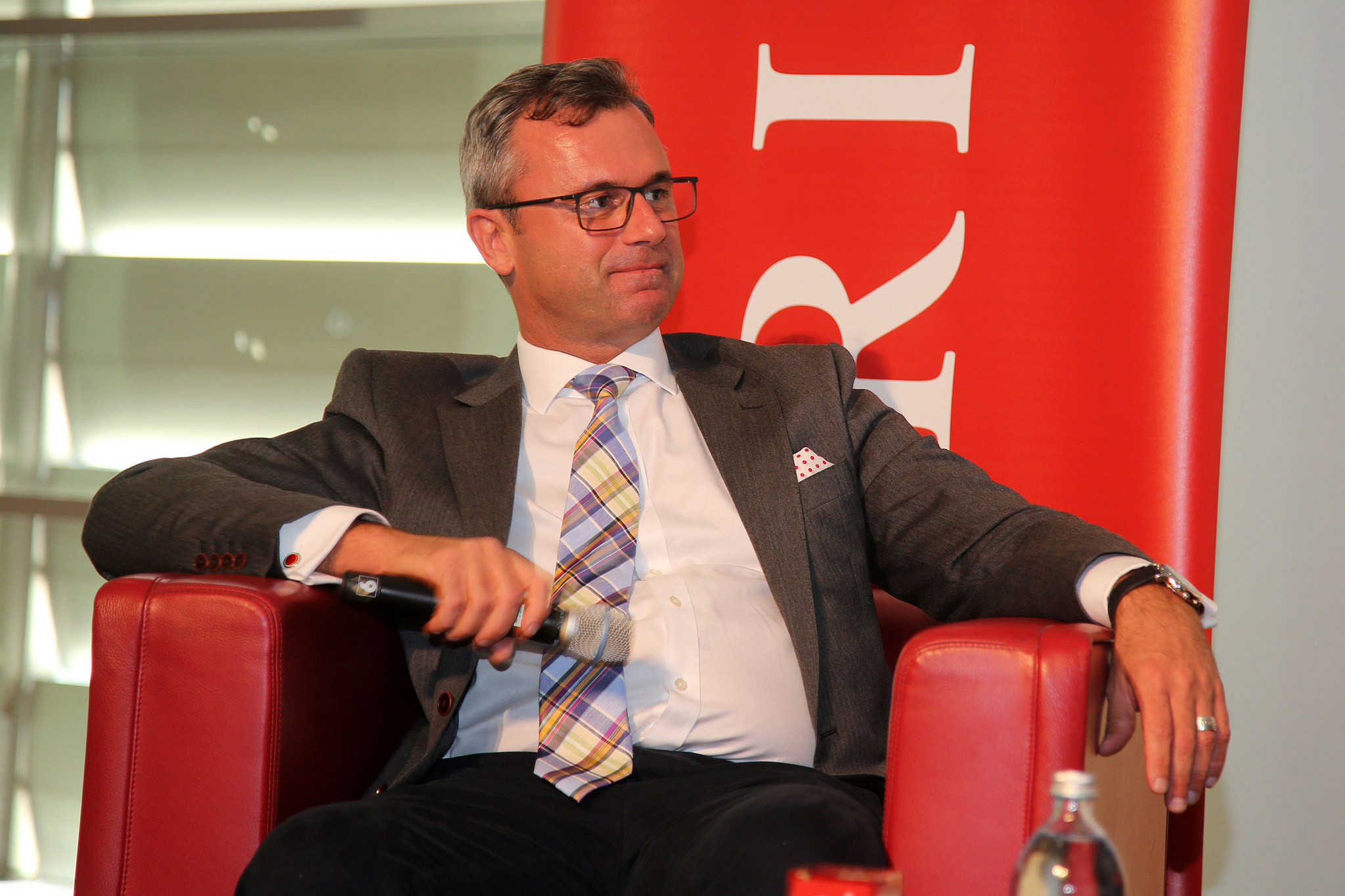 Many people were surprised that a right wing populist like Donald J. Trump won the U.S. Presidential election, but another shocking surprise might be happening on December 4th in Austria. After many tumultuous months, it seems as though Norbert Hofer could possibly win the next election, and we could see another right wing populist candidate become president.

Norbert Hofer represents Austria’s Freedom Party (FPÖ), a populist right wing party. His party is becoming more and more popular, and pollsters are expecting the FPÖ to become the strongest political party in the next Parliamentary elections. In spite of the fact that his opponent, Dr. Van Der Bellen, belongs to the leftwing Green party, most of the establishment parties have endorsed him.  The endorsements even come from prominent conservative politicians, such as the former EU agriculture commissioner Franz Fischler and the former vice chancellor Wilhelm Molterer. With people having lost their respect for the establishment, many are saying these endorsements are actually counterproductive. Hofer has effectively gained the support of many workers and farmers, two demographics that usually support the Social democrats (SPÖ) and the Conservative Peoples party (ÖVP) in great numbers.

Hofer and Trump have been said to be nearly identical in their platforms and mind frames. Companies and small businesses that are invested in free trade policies, may soon find themselves penalised by what Trump and Hofer have in store for overseas deals and manufacturing.

For those who are pro open trade borders and who support the NAFTA deal, or the upcoming Trans-Pacific Partnership (TPP), what Trump has said along the campaign trail about free trade is, quite frankly, infuriating.

First, Trump claimed that NAFTA is the worst trade deal “maybe ever signed anywhere but certainly ever signed in America”, and that it has drastically reduced manufacturing in America by 30, 40, or 50 percent—a number that fluctuates depending on how irate he’s feeling that day. However, during the first 2016 Presidential debate, the Bloomberg Fact Checker stated the truth: NAFTA reduced U.S. jobs in the 1990s from 17.9 million to 17.6 million (that’s 1%).

This figure alone shows that free trade isn’t necessarily a danger to the economy. Once the deal was signed, the overall American economy saw growth.

Next, Trump wants to tax imports when U.S. companies manufacture off U.S. soil. When he was asked how he plans to bring back jobs during the first Presidential debate, he answered, “[The companies are] leaving, and they’re leaving in bigger numbers than ever. And what you do is you say fine, you want to go to Mexico…good luck… But if you think you’re going to make your air conditioners or your cars or your cookies or whatever…and bring them into our country without a tax, you’re wrong”.

Trump has a “5-part tax policy” that includes lowering the tax rates on capital gains and dividends, eliminating corporate taxes, mandating a 15% tax for job outsourcing, and instigating a 20% tax for importing goods. The top income bracket will also be taxed 15%. Does he truly intend to punish manufacturers for developing the global economy? One cannot really be sure, as Trump has yet to actually formulate a method of foreign trade and policy. All he has done up till now is denounce the current policies.

The Economist predicts that Trump will demand renegotiations of existing trade pacts or remove America from them completely. American companies would also not be allowed to buy in China and other overseas markets. Moreover, a physical wall won’t be the only thing going up in America; the magazine predicts an increase in tariff-barriers, too.

Not entirely a creation of the “Trump-effect,” but certainly roused by it, Hofer from Austria could not only clinch the Presidency of the country, but he also plans to impose restrictions on free trade just like Trump. Hofer also has negative opinions about the European Union, is rural-minded, and is socially conservative.

Above that startling claim, the major fear is that if Hofer is elected, he would dissolve the coalition that presently governs Austria. The other concern would be his promise to attend EU meetings. The job of the President in Austria is ceremonial and it is the duty of the Chancellor to attend official EU meetings. Another problem is that Hofer has promised that as president he will refuse to sign the Transatlantic “TTIP” trade deal with America, because he believes it infringes on “Austrian sovereignty”.

Like those in America’s “rust belt” who voted almost unanimously for Trump, Hofer’s ideals are attracting the unemployed and disillusioned population of Austria.

Of course, Hofer is not the only one whose popularity has been accelerated by the election of Donald Trump in America. Likeminded groups, like Marine Le Pen of France’s Front National; the Alternative for Deutschland, an anti free trade agreement party in Germany; and Geert Wilders, leader of the Netherlands’ Party of Freedom, are all drawing a lot of attention.

So what does this mean for the future of global trade and international migration? Today’s economy has become an interwoven net of worldwide shipping, free movement of goods, capital, migration, and delegation. To have achieved this level of globalism should be considered a major and commendable feat, but there are groups who see it as contemptible and bad business.

Should Donald Trump’s promise to impose heavy tariffs on China and Mexico go through, there will most certainly be a plunge in the global economy. Moreover, if he exits NAFTA and the World Trade Organization, everything that has been gained will vanish. Borders will close around America.

The anti-immigration and anti-establishment party Hofer fronts will continue to spark the “Trump-effect.” More and more countries will close their borders and try to protect their economy from outside influences. For Europe, migrant workers will be displaced and goods will be limited to country of origin. This could cause the price of certain “staples” to sky-rocket.

All in all, the loss of free trade and tightened immigration laws indicate that those who try to emigrate or even those who volunteer abroad will be exposed to harsh scrutiny. Economies that rely heavily on imports and exports may find themselves crippled by the inability to afford paying off huge tariffs or from abiding by stringent restrictions. Primarily, the international relations that have been healthy since the end of WWII will wither, and nations will go on the defensive.

It is very important that liberals stand for free trade, now that many people seem to take the benefits of free trade for granted. Having written this pessimistic article, I sincerely believe that it is the duty of liberals to educate the people on the benefits of free trade, and explain why without free trade agreements we will have these crises. The freedom and prosperity that Europeans are experiencing since the Second World War can be attributed to the establishment of one of the most successful Free Trade Agreements in the world: The European Union. If we as liberals manage to spread our free trade message effectively, we can make sure it will be more difficult for a future Hofer to win elections.

Mohammad J. Malayeri is an entrepreneur and informatics professional based in Vienna. He got his Bachelors and Masters degree in Business Informatics from Vienna University of Technology. In 2015 he organized the first ESFL Regional Conference in Vienna and also co-facilitated the Viennese edition of the Free Startup Project. Recently he has teamed up with Ahmad Majid to work on the project Café ImmiCo, where they aim to educate immigrants about the benefits of free market capitalism. 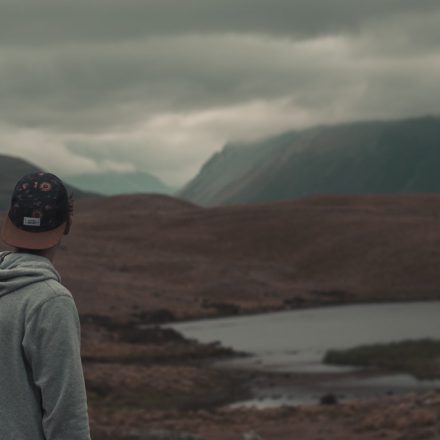 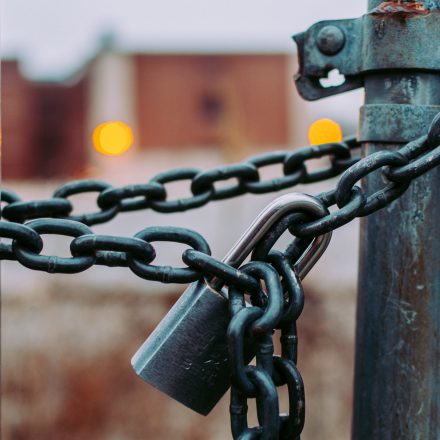 3.9.2017 Luis Pablo de la Horra
The anti-immigration rhetoric on which Trump based his presidential campaign has moved from simple demagoguery to concrete policy measures....