The Halloween season is filled with spooky ghosts, creepy creatures and blood-stained zombies. But for us as dedicated liberty-lovers, nothing is scarier than intrusive government with misguided policies. This Halloween, some of ESFL’s boardmembers, Local Coordinators and blog contributors tell you about the SCARIEST things their governments did this year.

Just recently, the German parliament passed the so-called „BND-Law“. The BND is Germany’s main foreign intelligence agency, sort of like the CIA in the United States. With this new law, the BND is allowed to spy on German nationals too, even though that’s not its job (since it is the foreign intelligence agency). Furthermore, it now has the right to capture the data from everyone who used a cellular device in Germany. And what’s even more frightening, is that now the BND is allowed to spy on foreign journalists, which is a violation of the principle of press freedom. The only silver lining here might be that this law is likely to be repealed by the German Supreme Court, but until that moment, be very, very afraid! – Marcus Rumler, Germany

Brace yourselves for a Halloween story from Spain that has all the ingredients to scare the pants off any free marketeer. In order to comply with this year’s deficit target, the Spanish Government, with the majority support of Congress, has passed an act whereby companies that have revenues over 10 million euros will be compelled to pay taxes in advance amounting to 23% of their accounting profits (25% for banks and oil companies). This implies that corporates will have to either use their cash flows to face the advanced payments (with the consequent reduction in available cash for investments) or raise new debt. Can you feel the government’s greedy vampire teeth sucking every last drop of life out of its victims? – Luis Pablo de la Horra, Spain

On the 28th of October the President of Ukraine, Petro Poroshenko, signed a law according to which the moratorium on the sale of agricultural land – which was set to finally end in January 2017, after being in place for sixteen years – is extended until 1 January 2018. Not only can Ukrainians not sell their lands under this moratorium, they can’t dispose of it in any way, not even by giving it away to whom they please. Parliamentarians believe that such a step, which completely tramples the property rights of Ukrainian citizens, is necessary because they need more time to draft a ‘law on agricultural land turnover’, to ensure the fair formation of a land market. Let this sink in for a moment. In Ukraine, everything starts with a law. Without a law, nothing will get done. So if you have no law governing the land market – you will have no land market at all… – Mariia Chaplia, Ukraine

The Socialist Party of Portugal recently hosted a huge forum with some big political figures from the governing left parties. One of them, Mariana Mortágua, MP for the Left Bloc Party, acclaimed that “The first thing we have to do is to stop feeling guilty about taking money from those who are accumulating it” to which the entire conference rose up and applauded. A few days later, the Prime Minister of Portugal described his idea of a perfect society as follows: “From each according to their abilities, to each according to their needs”. That is a Karl Marx-quote. These are the people governing Portugal. – Hugo Fragata, Portugal

The scariest horror movies are not necessarily those containing the biggest monster with the longest fangs, but those which make you anticipate a creeping danger. For the past months, the Luxembourgish government has been reinforcing security measures “to prevent terrorist threats”. Policemen can creep up to, force you to identify you, search you and your home, all without reasonable suspicion or a warrant, all in the name of security. At this point it’s hard to tell what scares me more, my spying government, or Nosferatu. – Bill Wirtz, Luxembourg

Under Poland’s current law, abortion is only permissible in cases of rape, irreparable damage to the fetus, or when the woman’s life is at risk. The Polish government recently supported a proposal to ban abortion in ALL cases, and to impose prison sentences of up to 5 years on women and doctors involved in terminating pregnancies. The attempt of restricting the law resulted in massive protests: during the Black Monday thousands of women dressed in black gathered on the streets throughout the country. The protests led to abandoning the proposal. However, the ruling party proposed a new project that does not involve criminalization, but does restrict the current abortion law. Our fight is still on. – Katarzyna Cyrbus, Poland

This summer, the Slovenian parliament (Državni zbor) voted to change the Slovenian Constitution to provide a new right to ‘safe’ drinking water. Under the new rules, private companies will no longer be able to obtain permits to provide drinking water, and EU-wide commercial competition is excluded. Providing drinking water becomes a task of the state of Slovenia and its municipalities, so the water supply is basically nationalized, under the crying call of “not giving away our water to greedy international corporations!” Unfortunately, this will probably not improve the water management: one quarter of the water supplied to households is currently lost due to antiquated pipelines which are already predominantly run by municipalities. And now, the Slovenian people will be entirely dependent on the government for their water, truly horrifying! – Jernej Kosec, Slovenia

A nightmarish recent government intervention in France, is the ban on plastic bags. “Why is this nightmarish?” you’d ask. Even my French libertarian friends were not convinced. But think of it: politicians believe they are entitled to dictate your choices even in the most basic sense. If they wish, you will not be able to decide what bags you can use to carry your stuff. Based on environmentalist hysteria rather than serious research. Add to this the realization of what a wonder of civilization plastic bags are, and you will understand my dismay. – Daniil Gorbatenko, France

This gruesome Halloween story of blood, death and organ harvesting is brought to you by the Dutch parliament, which recently adopted a proposal to fundamentally change the system of organ donation in the Netherlands from an opt-in system, to an opt-out one. The waiting lists for organs tend to be so long that people in need of an organ cannot afford to wait. Instead of finding new ways to enthuse more people to voluntarily donate their organs after they die, our government thought it more convenient to just collectivise everybody’s organs: your organs will now be donated after your death, unless you filled in a form during your lifetime in which you checked the ‘Not A Donor’-box. Happy Halloween! – Marie Hemelrijk, The Netherlands

But little did they know

The citizens, come daylight
Turned to Government for help
Alas, it had all been work
Of their Government itself

These scary stories solely express the opinions of the authors and not necessarily the organization as a whole. European Students For Liberty is committed to facilitating a broad dialogue for liberty, representing a variety of opinions. If you’re a student interested in presenting your perspective on this blog, please contact mhemelrijk@old.studentsforliberty.org for more information.

8.7.2016 Bill Wirtz
After the Brexit vote in the UK there is a lot of speculation concerning the next countries to leave the European Union. France is being... 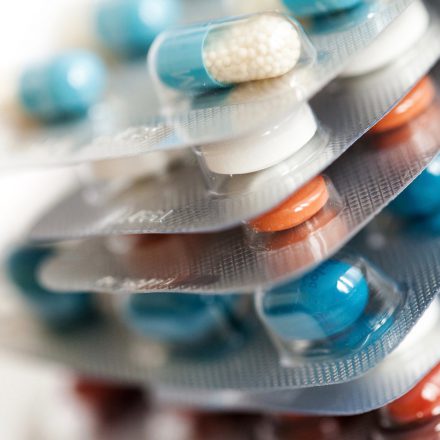 1.8.2017 Ryan Khurana
Increased burden on the NHS has led it to introduce new price controls. These initiatives have been reviewed by independent agencies to be...